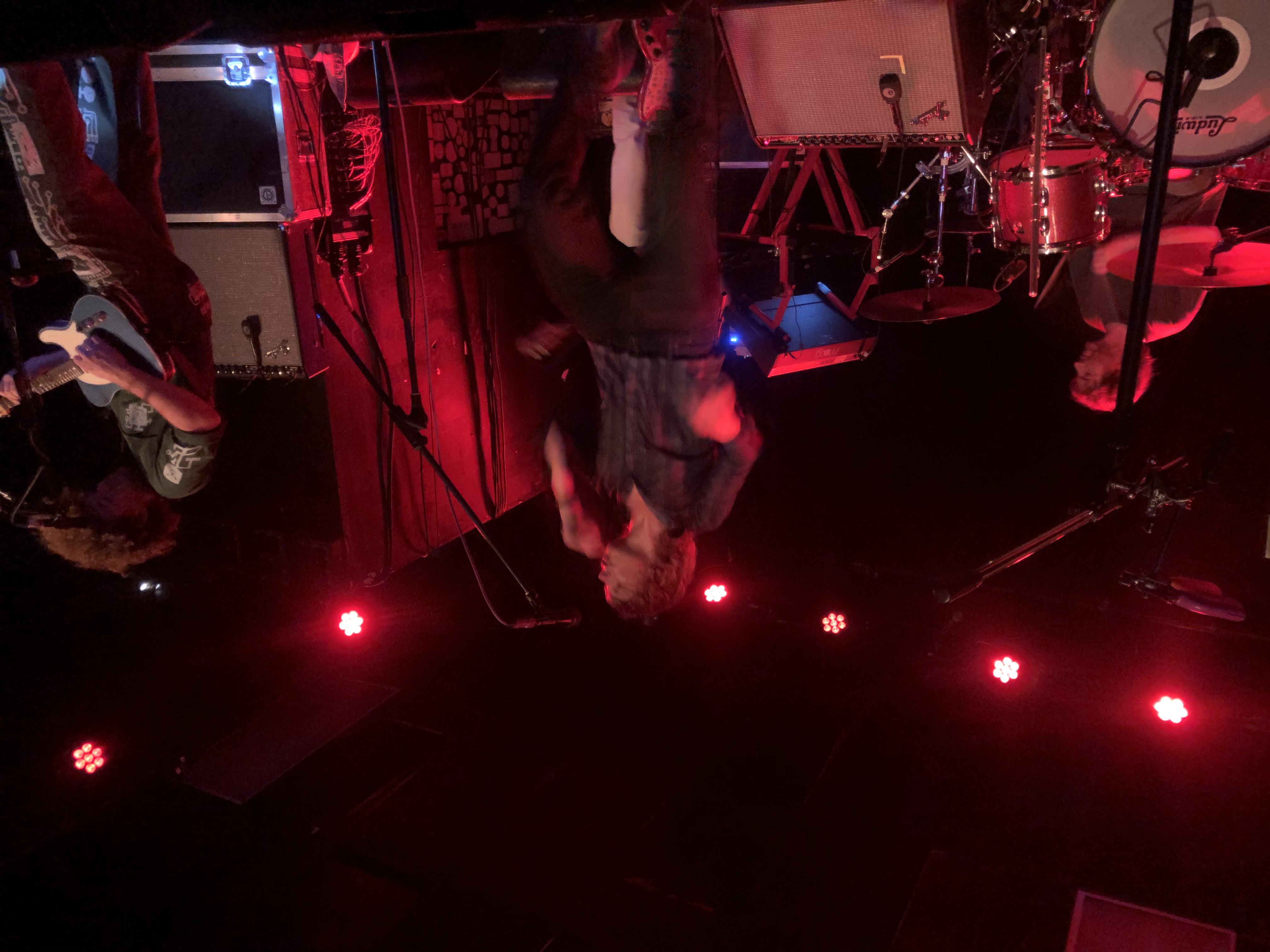 For the last 15 years, Perth band Pond has crafted a unique sound and identity that has made them a standout band in the modern experimental pop landscape. Continuously evolving their sound, each of Pond’s albums have seen the band use new influences to distort and transform the noisy jam-rock of their early work. On their newest record, 9, their eclectic stylistic blend now emphasizes dense and funky drum machine grooves paired with sharp, futuristic synths. The fuzzy guitar riffs still remain, but of all the records in their catalog, 9 seems the most firmly geared for the dancefloor. Upon 9’s release in 2021, Pond was initially unable to show off the sonic progression present on the album in a live environment due to the Covid-19 pandemic. However, their 2022 North American tour has given them the opportunity to bring their new sound across hemispheres to large and vibrant holiday-season crowds. Tonight’s show at Lee’s Palace is the sixth stop on this tour, and is Pond’s first time performing to a Toronto audience since 2018.

Opening the show is Los Angeles band Cryogeyser, who greets the audience with a wall of lush, swirling guitar. The trio offers a dynamic performance of songs which combine light and breezy elements of dream pop with sludgy riffs influenced by heavier rock and shoegaze. Hearing Cryogeyser’s arrangements live feels extra cathartic; guitarist Shawn Marom’s sound oscillates between a state of serenity before descending into one of high-volume chaos. Maintaining a steady pace through a setlist mostly made up of mid tempo tunes, the sound of their set ultimately creates a sense of resolution and calm in the venue—one which does not last for very long.

As the five members of Pond take the stage, the change in atmosphere is palpable. Kicking off with funk epic “America’s Cup” (a new track from 9), the initial cheers from the crowd erupt into dancing and chanting along to the song’s anthemic chorus. On stage, Jamie Terry and Jay Watson are sequestered behind racks of keyboard and effect gear to help create Pond’s unique sound palette, while drummer James Ireland and guitarist “Shiny” Joe Ryan flank either side of lead singer Nick Allbrook, providing thundering rhythms and crafty, melodic lines.

While the band sounds focused and polished—no doubt a product of their chemistry after working together for years—it’s Allbrook’s showmanship and ability to interact with the crowd that consistently elevates the whole experience. Allbrook comments early on in the set that, compared to the audience, he “feels lofty,” but by the end of the show, any sense of a divide between the musicians and the audience is totally absent. Throughout Pond’s performance, Allbrook frequently climbs over the monitors to get closer to the edge of the stage (often on all fours), and on occasion, lunges over to balance on the railings on either side of the venue so that he can shake hands with the crowd. Despite also doubling as Pond’s second guitarist, Allbrook frequently sets his sticker-covered Fender down in order to dance, play the flute, or to swing his microphone around like a flail. Channeling some sort of cross between Ian Anderson and Iggy Pop, Allbrook’s performance as a frontman gives the music of Pond a compelling face to watch on stage.

“America’s Cup” is immediately followed by 2 more songs from 9. The first is the jingly “Rambo,” where Nick Allbrook reveals a children’s megaphone toy he uses to create sound effects during the song’s instrumental break, and the second is “Human Touch,” a heavier synth-rock track. Throughout the rest of the setlist—which largely consists of Pond’s hits from across their catalog—it’s difficult not to appreciate how remarkable all of these tracks sound when played live. Pond’s expansive, longer songs benefit from room for improvisation and variation not found on the original recordings, and hearing Pond’s current approach to playing some of their older synthpop and progressive rock songs will be interesting to those who have spent some time getting to know their discography.

I had the chance to speak to Jay Watson outside of Lee’s Palace after the show ended. We briefly land on the topic of the band’s live sound. Watson tells me that the difference between playing a smaller venue like tonight versus the larger arenas and stadiums he’s played lies in the character and sound the band must assume in the more intimate space, but that both types of venues have their perks from the point of view of a musician. From my perspective, between the ability to interact more with the performers and the more personal sonic experience, Pond was an amazing band to see at Lee’s Palace. If you have the chance to go see them, regardless of venue, you should take it.