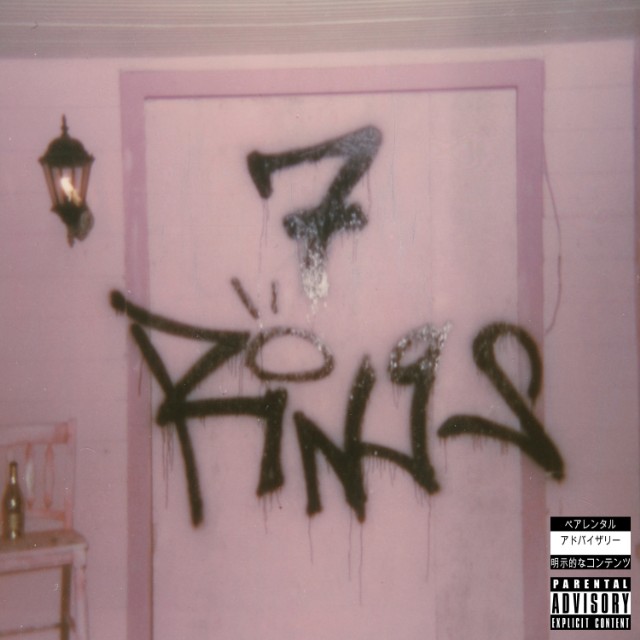 Ariana Grandes’s 7 Rings is a strange one.

A materialistic trap anthem performed by a former Nickelodeon actress turned bubblegum pop artist. The flows are jacked from Soulja Boy and The Sound of Music, and lyrics taken from 2Chainz (who is, incidentally, on the remix). A concept that should result in a complete mess of a song with no rhyme or reason, but somehow, it kind of works.

Repurposing the famous song “My Favourite Things” as verses about how much pointlessly extravagant bullshit she owns, Ariana cockily sings about buying “matching diamonds for six of [her] bitches”. In the pre-chorus and chorus, she interpolates flows from Soulja Boy’s “Pretty Boy Swag”, and lyrics from 2Chainz’ “Spend It”. Once again, this is a lot better than it sounds.

Ariana’s glossy, poppy delivery breathes new life into tired and overused trap flows, which end before they overstay their welcome. She sounds confident and almost cheeky as she jumps from flow to flow, even trying her hand at rapping on the third verse. Lyrically, it’s not exactly Kendrick level–– the rhyme schemes are basic, the punchlines are surface level i.e. “ain’t got enough money to pay me respect”–– but that’s not really what you look for in a pop single.

It’s catchy and her rapping provides a quick-paced and energetic climax for the track; in fact, I’d say it sounds better than the rather disappointing 2Chainz verse on the remix, where he phones in a crooned twelve bars that sounds like it was recorded over the phone and mixed in half an hour in GarageBand. Not to say that the subject matter is off-topic or even bad in itself, but he usually sounds more inspired and witty when doing it (See: “Mercy” with Kanye West and “Hood Gone Crazy” with Tech N9ne). Overall, surprisingly good trap song from a pop artist with a disappointing remix.