The pop star delivered a high energy performance at the Phoenix 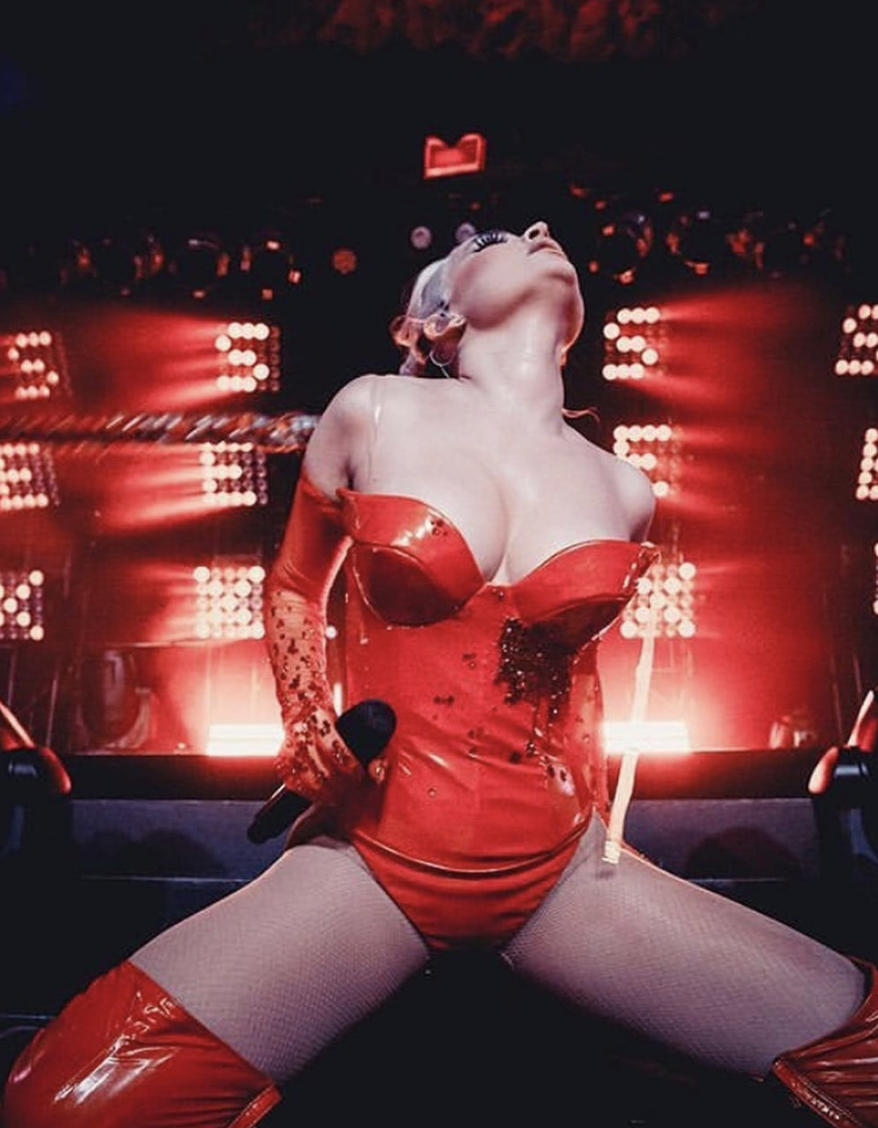 Rising to prominence within the last two years, Petras has successfully managed to attract a devoted following that continues to grow, collaborating with high-profile musicians such as Charli XCX along the way. It isn’t hard to see why her music appeals to so many – her best songs manage to combine the bubblegum pop sounds which dominated much of the early 2010s with the more hip-hop inflected sensibilities heard on the radio today, an exercise in both nostalgia and pop.

Much like her music, Petras’s live performances harken back to the pop divas of the past. Split into five distinct sections, each one marked by a costume change, she managed to pull off a show worthy of Gaga or Katy Perry, one that would have undoubtedly sold out stadiums in a different timeline.

The night kicked off with album opener “Clarity,” and Petras took to the stage in a ruffled short black dress. As soon as the lights went out, the room was filled with an almost deafening roar. The crowd knew every single word, reciprocating her energy and matching her every “woo” with a resounding “ah!”. Continuing into a mammoth 23-song set, Petras managed to maintain the hype throughout the night, performing virtually every song off Clarity, as well as some of her older singles which were released last year. The high point of the night came rather early on in, when she performed a medley of some of her most well-known songs (debut single “I Don’t Want It at All”, the 80s-influenced “Hillside Boys”, and Charli XCX collabs “Unlock It” and “Click”). Donning a new black-and-white striped one-piece outfit for this part of the set, she brought her own interpretation to the Charli songs, performing a stripped-down version of "Unlock It" that directly segued into the frenzied chaos of "Click". That moment stood out in particular as it served to highlight just how strong her verses on those individual songs are, adding a distinctly Kim Petras twist to them and truly making them hers.

The show may have occurred almost a whole month after Halloween, but that didn’t stop Petras from bringing spooky season to Toronto. Commanding the stage atop a rotating platform, dressed in a bodysuit complete with a visor and thigh-high boots, she performed a considerable chunk of her recently released Halloween-themed album, Turn Off the Lights. Focusing on darker themes and sounds, the set transitioned from one focused on bubblegum pop to one dominated by electronic sounds and a thudding bass, effectively turning the venue into what you’d expect a European nightclub to sound like.

One thing that struck me was how fully realized Petras’s vision was – she was in complete control throughout the night, dominating the stage and commanding the audience’s attention. She’s a pop diva in the truest sense of the word, one who is both ambitious and humble. During one of the calmer moments of the night, she sat onstage wearing an oversized T-shirt and spoke to the audience, telling them of a time when she had dreamed of performing to a crowd of this size. Launching into a cover of one of her favourite songs, The Killers’ "Human", one couldn’t help but feel immensely proud of her, a pop star who has managed to carve out her own space in the industry and beat the odds.