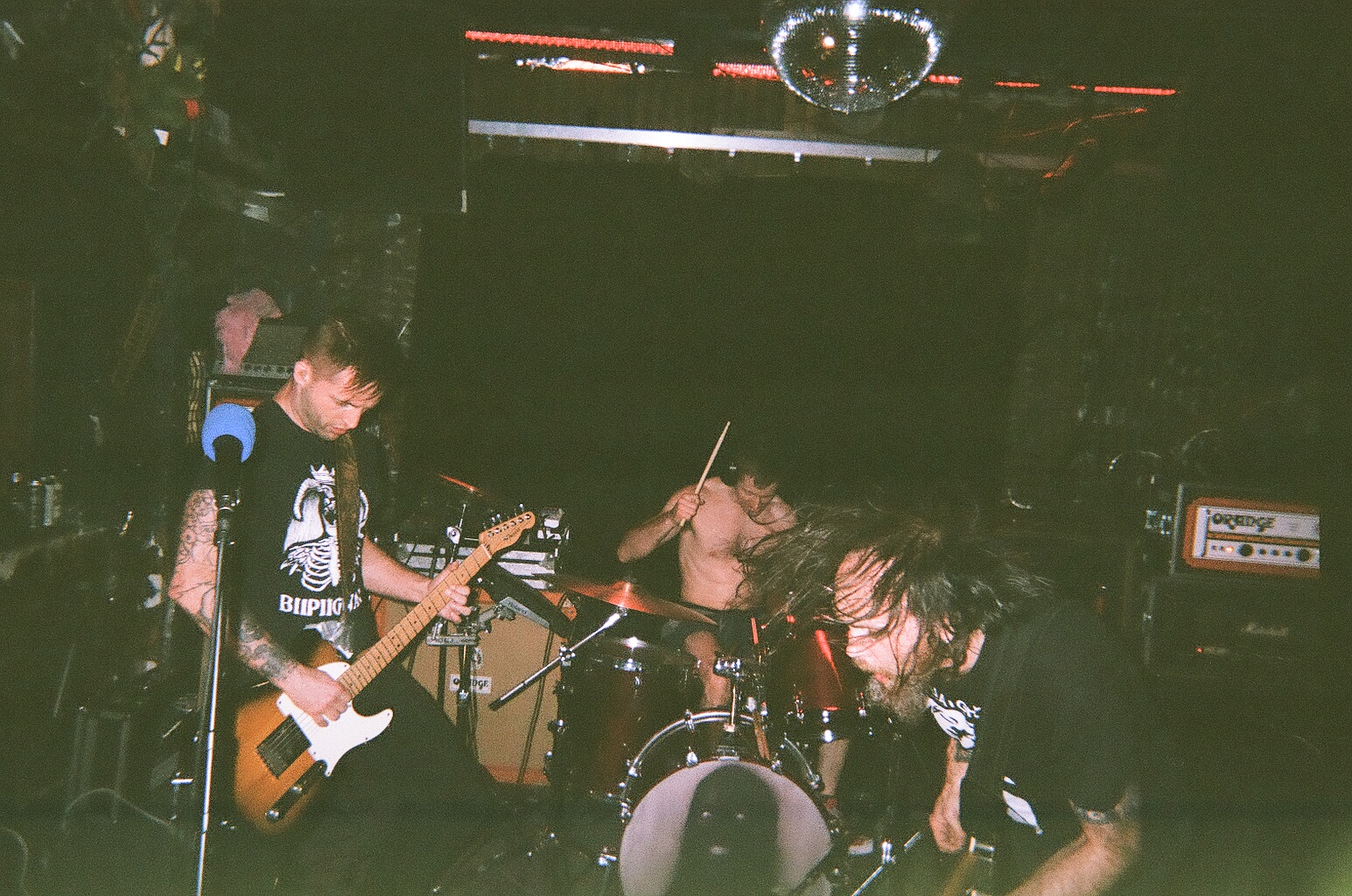 The Winnipeg based trio haven’t been in Toronto since their last album supporting tour in 2015, and after the high critical praise they’ve recently received, it’s no surprise that the show sold out quickly. The set fully lived up to the band’s name––KEN mode is an homage to a phrase Henry Rollins used to describe Black Flag’s My War tour, and stands for Kill Everything Now mode.

The set began with Loved album openers “Doesn’t Feel Pain Like He Should” and “The Illusion of Dignity,” which perfectly illustrated the sludgy essence of KEN mode’s particular brand of metal and hardcore; it’s one filled with nasty breakdowns and uncontrolled dissonance. The lyrics, too, are honest and dark: “Held, mildly paralyzed, in this specific moment of self doubt / I used to try to be someone,” Jesse Matthewson howled on “Not Soulmates,” while brother/bandmate Shane blasted heavy, primal rhythms on drums. The first third of the set featured no guitar, but instead embraced the ugliness that two distorted basses provided.

“Blessed” was a clear highlight of the night, a track off of theSteve Albini produced Success. The track allowed front man Jesse to connect more intimately with the audience through slightly cleaner vocals and more minimal arrangements. Classic tracks “Counter Culture Complex” and “Terror Pulse” from Entrench brought additional life and versatility to the set, mixing complex songwriting with raw emotional performance. The final song of the night was “No Gentle Art,” a lengthy epic that explodes with horrifying crescendos and manic outbursts.

Four bands shared the bill with KEN mode, including French tour-mates Birds in Row and local acts Digest and Life in Vacuum, but none stood out quite like Garrett Jamieson & Sprattacus. Billed as a heavy metal comedy act, they provided a welcome relief from the otherwise misanthropic evening. All hardcore shows need a band like them, because, as Jamieson declared, we are born crying but should die laughing.