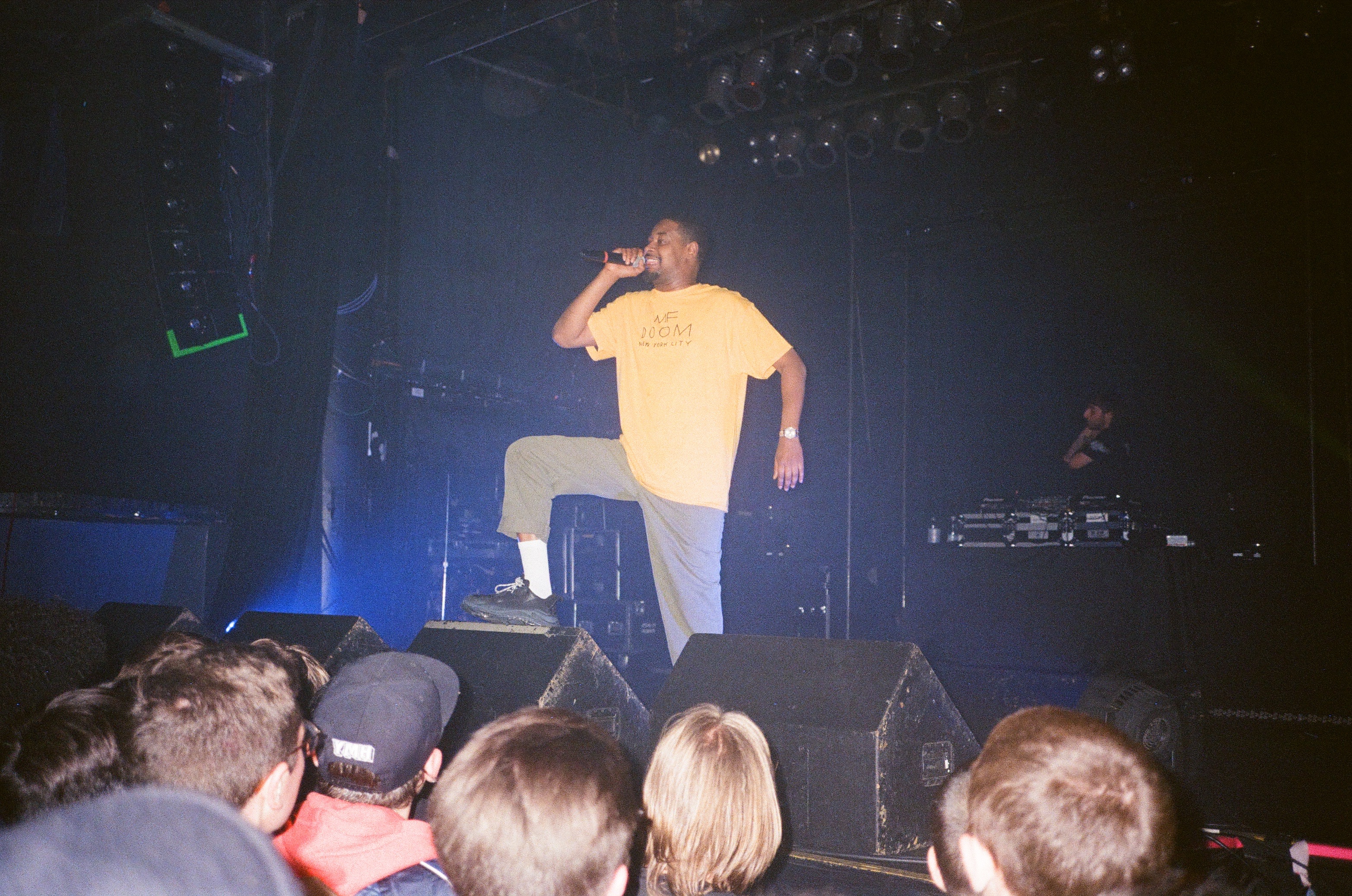 With the release of his new album U Know What I’m Sayin?, Danny Brown has once again created an electrifying new set of hits that drove the audience wild at the Phoenix Concert Theatre. With a mixture of witty humour and eccentric production, Danny Brown’s show is a meditation of his personal and artistic evolution, with a lineup of his classics, as well as a select few from his new album.

Known for his excessive and at-times raunchy lyrics, Detroit-based rapper Danny Brown explores his upbringing and past of crime through albums such as 2016's Atrocity Exhibition. Many have referenced the Wu Tang’s O.D.B and Cypress Hill’s B Real as notable inspirations for much of Danny Brown’s lyrical expression. Combined with his unconventional side shave and missing front tooth, Danny Brown’s integrity to his roots was what drew audiences in. However, his new album appears to be a shift in gears not only in his musical production but also on his perspective on his artistic trajectory. Brown throws it back to the familiar rhythms of classical hip-hop with the executive producer being Q-Tip from A Tribe Called Quest.

The night began with ‘Dirty Laundry’ from his new album against a fresh backdrop for this tour. The mixture of strange instrumentals and lyrics describing his, you guessed it, “dirty laundry” from the past created the energy necessary for the night. Brown’s nasal-y voice was even more pronounced than his studio recordings, adding to his comedic lyrics and distinct voice. This track perfectly encapsulated the artistic direction of this new hybrid Danny Brown, as he stays focusing on the dark energy and chaotic sounds present in previous albums, whilst adding on to his artistic trajectory. For any skeptics out there, this opening performance might change your mind about the new album and the refreshed persona of Danny Brown.

The switch was completely flipped when the second track ‘Black Brad Pitt’ started with the raunchy lyrics of Danny Brown that we’re familiar with. The almost blinding neon lights combined with the screams of the crowd created the wild spirit of his previous albums. The energy of the crowd only heightened from here as the party anthems from third studio album Old were blasted.

The transition to song from earlier albums allowed Danny to show the audience the unfiltered and deeply emotional side of himself. Brown continued to connect with the crowd through his wacky sense of humour by introducing himself as “Daniel Brown…well… I mean some of you can call me Danny Brown.” No longer does Danny Brown feel like an eccentric outsider of rap, but rather somebody’s uncle who you can crack a few jokes with. His vulnerability onstage shines as he reveals that Toronto was his last show on tour, exclaiming that “this shit has been exhausting…but it’s been fun.”

Brown finished the night off with a few more tracks from his new album: ‘3 Tearz’, ‘Savage Nomad’, and ‘Best Life.’ The outburst of raw emotions and a lighter mood to his beats represented an evolved artist. This humorous version of Danny complimented his stand-up-esque transitions that included stories of poutine in Montreal and stomach issues whilst with a “lady friend.” This act was short-lived as audiences demanded for more tracks to be performed, cutting Danny off, “Man…why you gotta cut me off like that…I’m trying to be a comedian here!” Showing a new side of himself, Danny asks us to take things easier as he takes us through a journey of his musical career.