Thank you! Your submission has been received!
Oops! Something went wrong while submitting the form.
Home
/
Reviews
/
Award Shows 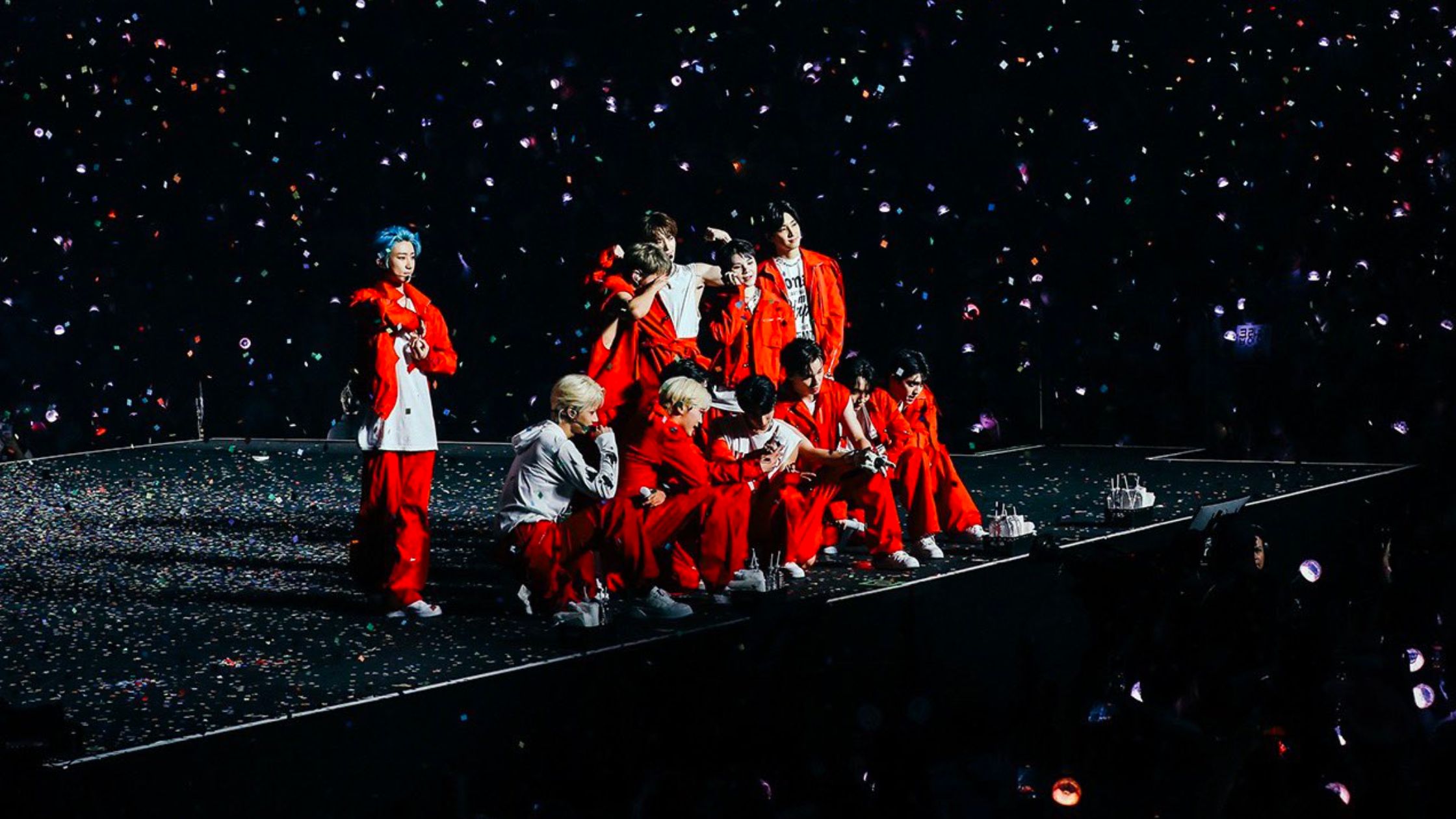 While sitting on an inordinately squishy booth, hands around the most absurdly sized cocktail I’ve ever seen, I listened attentively as the friend opposite me explained a serious drama involving her favorite band. For me, by the end of her story, the already tattered seams keeping the integrity attached to award shows, began to unsnarled a  little further.

She was describing a group I had yet to hear of, placing me in the vast minority it seems, so I carefully listened to the pieces of information she was stringing together. She explained that a band called SEVENTEEN was up for Best New Artist at the MTV Video music awards. She explained that as a K-pop group, they would be the first asian artist(s) to win this award, which obviously heightened their many fans’ eagerness for a victory. They were up against tough competitors including Måneskin and Dove Cameron, but their hoards of fans remained optimistic as they waited patiently until this last presented award, remaining confident with one win already secured. Despite their hopes, it was at the very end that the little silver spaceman was instead awarded to Dove Cameron, accompanied by a beautiful speech to a separate set of thrilled fans. Understanding my friend’s love of the band, I obviously empathized with her disappointment. We’ve all been fans of things or people we don’t think have received sufficient accolades, and honestly I don’t trust award shows to provide them. But this sort of distrust of these kinds of shows sinked deeper as she continued a story I thought was concluded.

As disheartening as it is to watch a favorite be snubbed, fans weren’t just grieving, they were developing theories. It is important to note before I continue that these claims come mainly from twitter, though I find some merit in them, it is important we proceed with skepticism. Anyways, to put it lightly, MTV made, what ended up being,  a really stupid move. To drum up hype for the category, they sent to Twitter asking fans to tweet their favorite of the three top-runners, obviously including SEVENTEEN as well as Måneskin and Dove Cameron. This was dumb of them. Reportedly (we are of course relying on the journalistic integrity of these twitter users, but we’ve covered that already), the group was tweeted about at least three times more than any of their competitors. This, understandably, rattled a lot of fans. It is confusing that a strong enough fan-base tweeting during the show, could have possibly lost another, longer, competition.  How could this obviously bigger fan-base lose a fan-voted competition?  Some fans hypothesized that they were skimmed off the award because the group was touring and  not in attendance, while others questioned the validity of the entire voting system in general.

Look, I have been around enough actors and musicians to know that as a community we are at the least indifferent, and at the most vehemently against award shows in general. In all fairness I tend to sit comfortably on the side of ignoring them (aside from the periodic google search to find new reasons to be proud of Lizzo, obviously), but I always, maybe naively, assumed that these fan-voted shows had got to be the best of the worst, right? At least the allusive academies and their accompanying snobbishness is avoided and replaced with the opportunity for fans to show support, and voting systems rule out most of the bureaucratic crap and partisanship. And yet I am willing to make, with you, a wager. I am willing to chance that you, dear reader, are not at all surprised by the suggestion that a media conglomerate would rig a contest for their own perceived benefit. Maybe for a good, in person speech, to drum up hype, or controversy.  Whether or not you agree that this is what occurred in this specific instance, you could probably imagine it happening. See I assumed these awards were at least a little better, but my willingness to believe this conspiracy proves to me how little concrete faith I actually had to begin with

So yeah, if SEVENTEEN was snubbed of their award, as evidence does suggest, that’s wildly messed up to me. But I think the bigger problem lies in us not being surprised about it. It is in my (possibly insignificant) opinion, each year, more and more, these award shows are purely for the elite to congratulate themselves and affirm to us their importance. A trophy is a great marketing tactic even. When the awards that I, the unfavorable cynic that I am, deem to be fan-sppreciative, for the people, purer, betray us, it's bound to leave us all a bit skeptical. It seems to me that we are watching as these awards lose their meaning and we are left with nothing but a show.