On Standby: Chatting with The Slaps 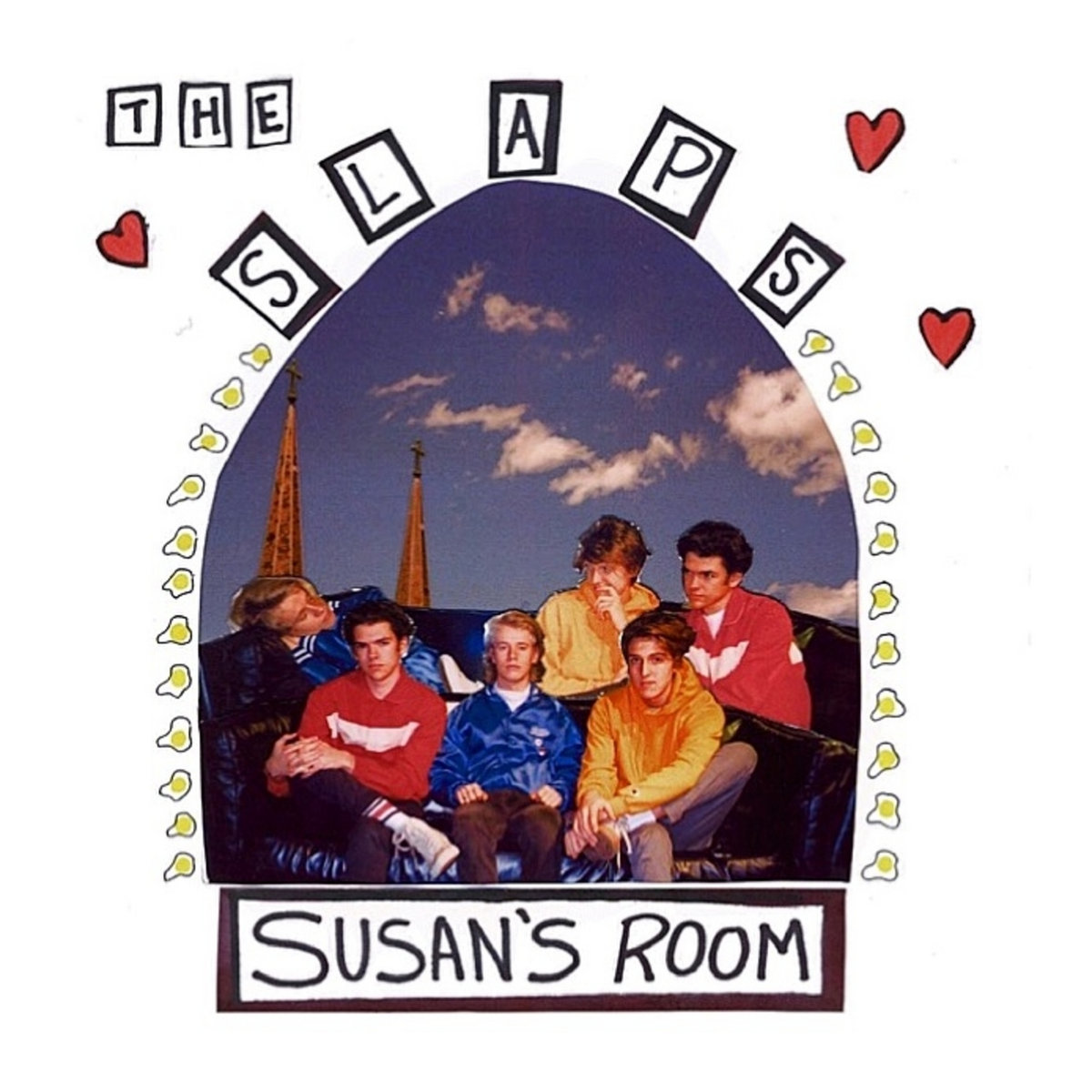 It’s been around a year and a half since The Slaps have released their EPs, ‘A’ and ‘B’. Aptly named (although they divulged to me later that The Slaps is actually an acronym), the three-man band comprised of Rand (lead vocals and guitar), Ramsey (bass), and Josh (drums) were formed in Chicago during their time at DePaul University. Since their 2017 debut album Susan’s Room, the band has been making music and touring on-and-off around the country.  They call their sound beach blues; their EPs are clean and catchy, filled with witty chord structures, moody reverbs, and lyrics that draw a sense of familiarity from every listener.

While their vocalist Rand toiled away on a farm in Seattle, I sat down with Ramsey and Josh to talk about what they’ve been up to and their thoughts on performing in the ‘new normal’.

How do you feel about virtual performances and collaborations? Could you speak on that and let us know whether you have anything planned?

Well we aren’t together right now, you know? We are as a band, but Rand is in Seattle. So it doesn’t really make sense without him and it wouldn’t be fun for us.

Also, it feels like everybody is looking at their phones so much now, so does anybody actually want to stare at their phone for an hour and listen to people play music through it? I’ve tried to watch a few livestreams and they’ve been fine enough, but 20 minutes into it and I’m kind of out. I’m interested in an at-home, acoustic thing but I don’t know about the whole big, big shebang thing. I can’t believe Lollapalooza and all these festivals are going all online, like, who's dropping hundreds of dollars to watch TV?

I totally understand, I feel like no matter how hard you try to make it work, you’re compromising, such as audio quality for example.

Oh yeah, absolutely. You’re probably not even dancing right? I mean, I guess if this goes on long enough we’re going to have to figure something out and do something virtually online, since we do like playing music and playing for people. So to answer your question, no, nothing really planned in the immediate future. When places like movie theatres open, we might try to do something with that, but that’s on the down low.

Regarding what you said about missing playing live, I’ve seen your Sofar performance in Chicago and it’s clear seeing how comfortable you guys are on stage and how much you love performing. What do you miss the most about it?

So you aren’t the type of band that gets pretentious after a show, it’s easy to talk to you?

Well if you’re planning on doing more intimate concerts like you mentioned with movie theatres, it’d be easier to connect with people.

Now that everyone is their closed social circle, when they’re going to a smaller show such as in a movie theatre, they’re experiencing something new and its changes the discussion. I really liked playing before a movie played, it was fun. We were also performing this piece in a church, so we might have limited tickets where there’s 60 people max in a 300 person building.

You wouldn’t feel discouraged seeing an audience and it’s just a fraction of the capacity you’re used to?

Definitely really weird, we also we’ve played many dead shows. *Laughs* It is what it is. I think some of our best shows have been the ones that have been disappointingly empty, because then at that point there aren’t any expectations. So you just have fun because it doesn’t matter at that point. You get to know everyone that’s there too.

So you’ve stated a couple times that your sound is categorized as beach blues. It’s been around a year since you’ve released any new music. Do you feel like that label has changed?

Yes and no. We still write some songs in the vein of the music we were writing years ago. But obviously things have changed. I think every band feels the same way where it’s hard to sum up your genre. It still feels like it’s coming out of ‘Susan’s Room’.

I get that, you’re playing whatever you feel. On that note, you’ve been pretty politically transparent on your social media as a band, and it’s clear that you rely on your personal experiences and your relationships for inspiration. Do you think that your views and the current social climate will be reflected in your upcoming music?

There’s general human negativity that we address pretty constantly that i think is larger than the current political climate, but I think people get caught up in finding other people to hate and we don’t want to fuel that fire in any direction.

I also feel that our position as three white men in a band isn’t to be the people giving the messages. I think we need to move it forward. We have a very large audience, and we have to help the people who have the things to say to say it to our audience. Obviously everyone has a voice in this and everyone’s opinion is valid, but three white dudes have been saying it for the past 60 years. It’s time to share that stage and we have that stage to share.

I really respect that. You guys said you had a couple of songs in the works, are you planning on releasing anything?

Well, it would suck to release something and then not be able to play it for anyone, but we understand that that might be what we have to do. I don’t know, we never really talk about what happens in the studio. All the magic you know, we keep it undisclosed. And there’s all this bullshit about, how do you release it on a streaming platform? There’s ways to make money, there’s ways to not make money. There’s ways to get listens, it’s just so much shit that into answering the question, ‘how do we release the music that we love?’. Maybe we’ll just press it on vinyl, but that depends on how people are going to receive, because we aren’t going to release it on streaming platforms then not go play live, because playing live makes up for the shit quality of streaming. Vinyl, on the other hand, is the real deal.

You can listen to and follow the music of The Slaps here.