Thank you! Your submission has been received!
Oops! Something went wrong while submitting the form.
Home
/
Reviews
/
Local News

nutrients at the White House Project 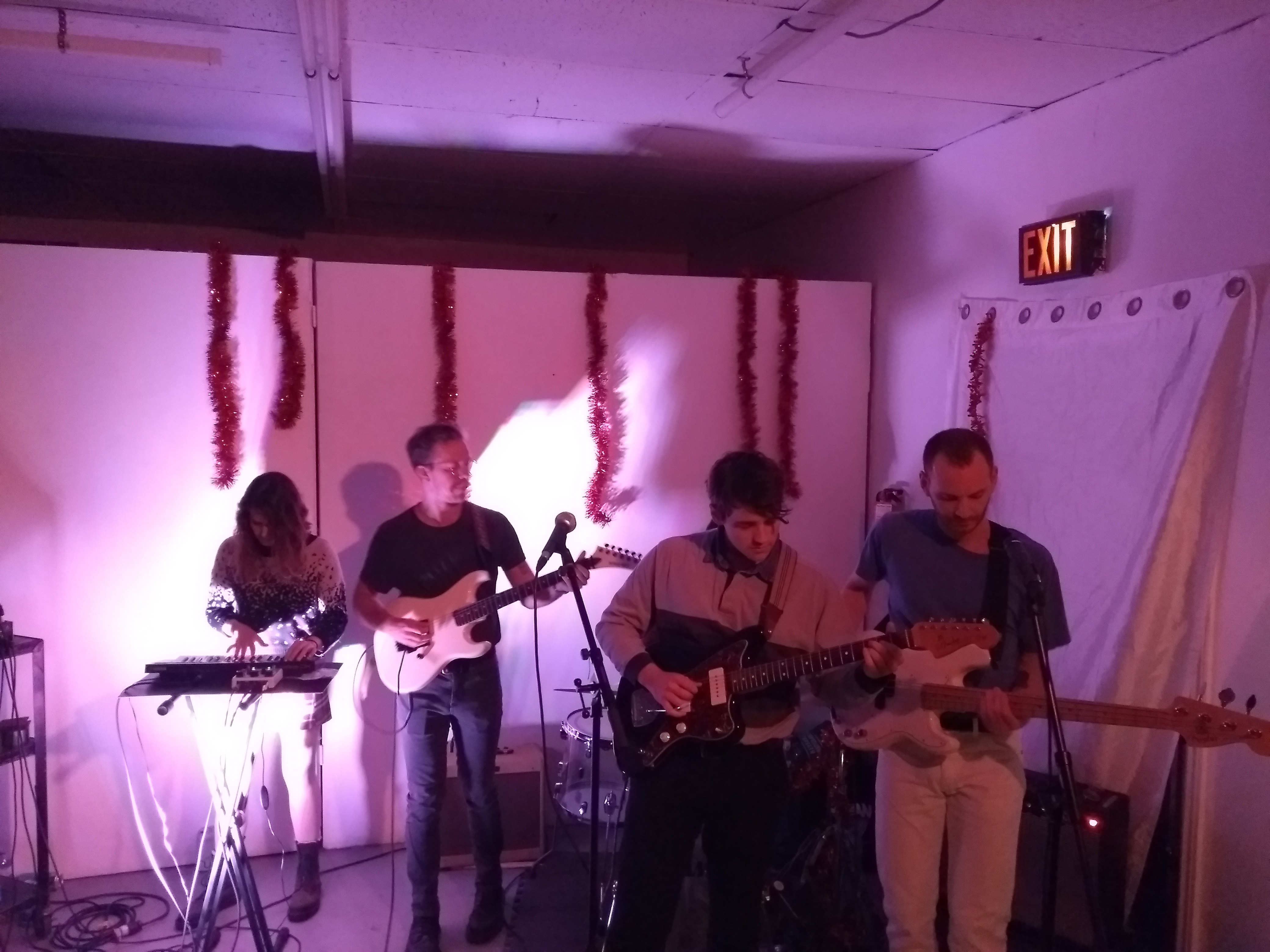 Toronto-based nutrients (stylized without capitals) played a show this past weekend to celebrate the release of their new self-titled album, sharing the bill with three other bands at the gallery-turned-venue White House Studio Project. The space was small and unfortunately not the most accessible, being up a flight of stairs– though its size did allow for a proximity to the bands that you just can’t get in a larger club or arena space. This being said, a few incidents in which someone went a little trigger-happy with the smoke machine and smothered band and audience in a thick fog left me wishing for better ventilation.

Of the two bands that opened the show, For Keeps kicked things off with a set of bright power-pop tunes, including an “ode to Scorpios.” Slight followed with a beautifully hazy, keyboard-driven psychedelic sound. The band’s three members had one guitar and no less than three keyboards between them, including an organ on which one of the bass notes began lose its tuning near the end of the set– though this only added to my appreciation of the jazzy subtleties of their musical textures. The Berlin-based Beachtown Exile closed the show after nutrients, ending things off with a blend of 60s rock and soul, occasionally dipping into some new-wave-y grooves. The lead singer/guitarist particularly impressed me with his alternate crooning/roaring/wild soloing. All bands were notably tight and played very well together, even with a couple technical hiccups in each of their sets.

That left nutrients as the show’s third act and effective centrepiece, and they did not disappoint. The band played the distinct kind of funk-flavoured soft rock that comprises much of their self-titled release, but don’t mistake its softness for shallowness: listening closely on the album, I could hear the intricacies of the interweaving guitar lines, and seeing the two guitarists playing live gave me a new appreciation for the style. The band was not afraid to dip into dissonance, and a couple new songs in the set that were not featured on the album showcased expanded textural and tonal ranges. A highlight came when a saxophonist(not normally an official member of the band) joined them on stage for a solo during the song “Such Slime”; she continued to play alongside them for a few more songs afterwards. Between the dreamy guitars, airy melodies and start/stop grooves of the rhythm section, I was impressed with nutrients’ abilities as a unit.