Lady Gaga’s Chromatica Ball: The Dance Party of The Century 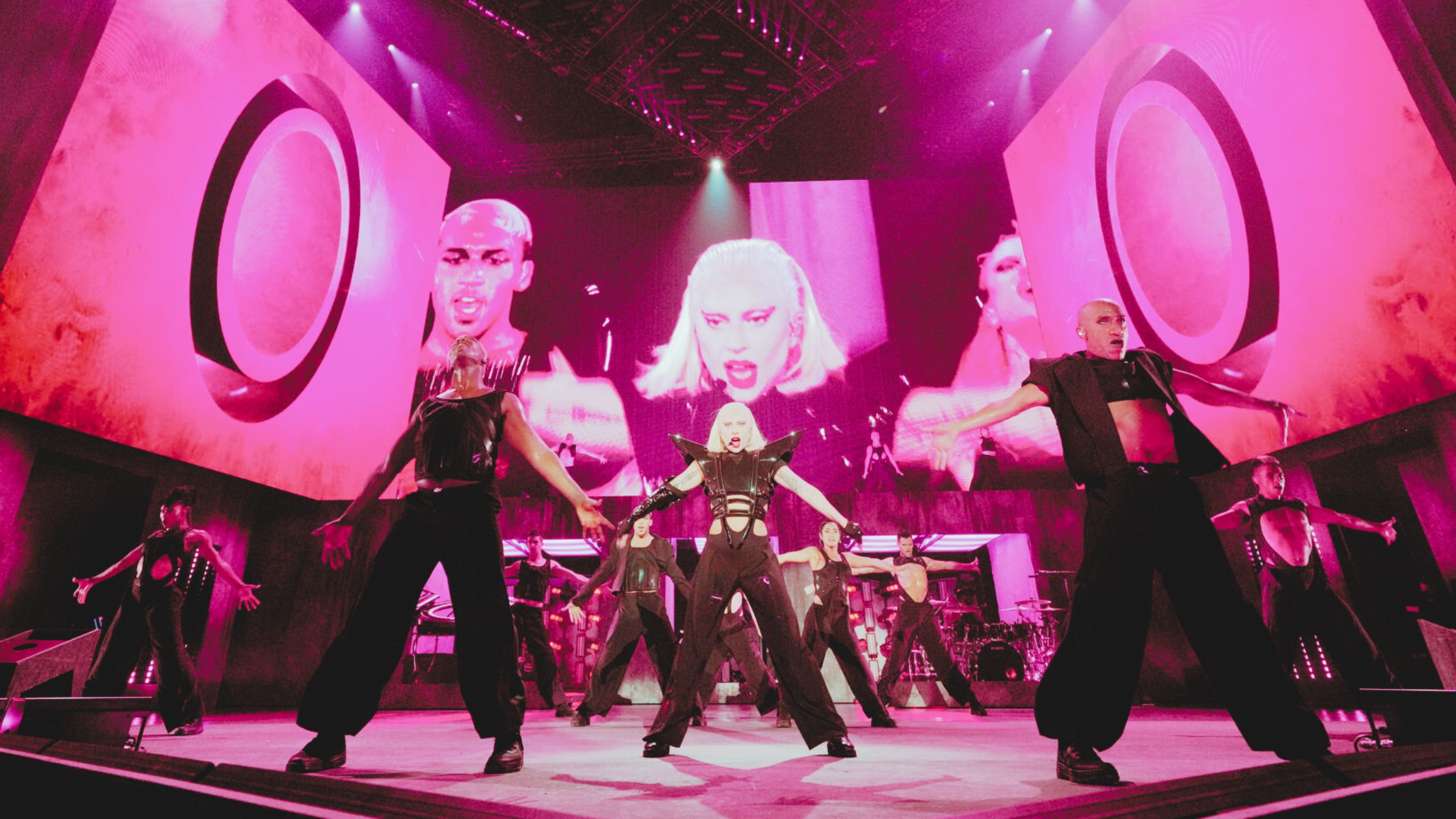 Faces of glittered makeup and excited smiles made up the crowd that formed a line around the Rogers Centre. Anticipation filled the air as people with theatrical outfits held a ticket stub in their hands with pride. This was the night that many adults, children, and teens all waited for: Lady Gaga’s Chromatica Ball.

As I entered the building, fans zoomed past me, rushing to merch lines and drink stands. I've been waiting for this very day for months on end, surprising my mom with two tickets for her birthday. The love for Gaga clearly ran in the family, with both of us being long-time Little Monsters. Unable to contain our excitement, we arrived a few hours early, giving us more than enough time to buy drinks and check our seats out. The second we sat down, neon blue lights lit up the stadium, showcasing the vast crowd of 50,000 that filled the entire stadium.

When the clock struck nine, the blue lights faded to black, causing the audience to roar in anticipation. There was no opener for tonight; Gaga is the act herself, capable of carrying a show without anybody else.

The show was separated into five acts including a triumphant finale. Each act is divided with visuals created by Gaga that play on the large screens on each side of the stage. These visuals keep the crowd on the edge of their seats, looking forward to the next songs to come. The first act started with her hit song “Bad Romance.” Hearing over 50,000 people shout the opening oh-oh-oh’s to “Bad Romance” is an unforgettable experience for sure. This first act alone felt like an entire opener's setlist as she sings some of her greatest hits: “Bad Romance,” “Just Dance,” and “Poker Face.” All of these songs were enough to rile up the entirety of the Rogers Centre.

As the lights began to fade, the second act started with “Alice,” “Replay,” and “Monster”— all of which are some of my favourites off of their respective albums. With each song holding a special place in my heart, I treasured this act and gave my all into screaming the lyrics with my mom.

The third act of the night had songs such as “911” and “Sour Candy,” ending with “Telephone” and “Love Game.” All of these songs have had their moment to shine on social media apps such as TikTok, which made them no stranger to the younger members of the crowd.

Gaga slowed down the night with breathtaking ballads like “Shallow,” “Always Remember Us This Way,” “Free Woman,” “1000 Doves,” and “Born This Way” in acts four and five. These acts were unforgettable for my mom and I as we are both emotionally connected to Gaga’s 2019 film A Star Is Born—featuring songs such as “Shallow.” Hearing “Born This Way” live was an ethereal experience for me as her 2011 album with the same name is what made me fall in love with Gaga, impacting my music taste forever.

Between songs, she spoke to the audience of over 50,000 people as if she knows every single one of them personally. While Gaga is one of the biggest pop stars of our generation, she is still able to make these connections with her fans, making her one of the greats.

She surprised Toronto with “1000 Doves” in particular, as this song was not on her original setlist for the tour. This song was an important inclusion since she played it how she originally wrote it: on a piano. Gaga explained to the audience before performing that she intended for it to be a sad ballad, describing it as “one of the saddest songs I’ve ever written." However, her friends thought otherwise, thus making it a “dance record” for the album. This version of the song with only the piano and Gaga’s powerful voice changed the meaning of the song entirely, resulting in the crowd shedding tears while screaming the lyrics with her.

The finale consisted of “Stupid Love,” “Rain on Me,” and “Hold My Hand"—all of which are fairly recent singles of hers. Her final song was written for the 2022 movie Top Gun: Maverick, which fittingly made the audience soar before walking out of the venue a changed person.

In every upbeat song from the set—which characterised most of the show—there were a team of talented background dancers. Gaga herself is an excellent dancer, but with the help of the background dance crew, the show was elevated into a whole new, different level. Gaga also had a live band, something that we see less in pop concerts these days. She took the time to thank them and allowed the audience to cheer for each and every single one of them (as a musician myself, I was giddy). Once the show ended, all of the performers took the time to bow. My hands were sore from applauding by the time they exited the stage.

It was the right choice for Gaga to do a stadium tour since she has millions of fans. However, some of the staging was not big enough for a stadium show. She started the concert by standing up centre stage, making it difficult for the fans sitting on the sides to see. Since my seat was to the right of the stage in the 200’s level, I had to rely on the screens many times to see her perform. Typically, when I go to concerts, I like to watch the artists and refer to the screens every now and then. However, not having a choice for most of the concert made me question if I could have saved my money by getting upper bowl tickets for the same viewing experience.

During her ballads, her piano was conveniently located down the catwalk—but, as luck would unfortunately have it, a tree branch prop blocked my view, and I had to rely on the screens yet again. Other than the staging issues, the show that Gaga puts on remained flawless.

In its entirety, the show was about two hours long, making it a true show. For concert goers who feel like they blink and the show is over, a Gaga concert may be the perfect concert for you. This show proves that Gaga is the true triple threat. Her vocals are killer, her ability to act the emotions of her songs is outstanding, and her dancing is awardworthy. Her cardio must also be praised, since she was enigmatically dancing with her crew throughout the show's runtime. This is Gaga’s first time touring since 2018 due to factors such as her Las Vegas residency and the COVID–19 pandemic, so the fact that she was able to keep up the same levels of vigor as she did pre-pandemic amazes me to no end. Gaga proved to audiences, and myself especially, that she is just as energetic and fierce as she was when she started her career in the late 2000’s.

The Chromatica ball is a hot-pink, sexy, euphoric, dance party that everyone must experience. Gaga is the artist to see. She is popular for a reason and will continue to be a modern classic that will be talked about for centuries to come.