Interview: Sitting Down with Corn Puffians 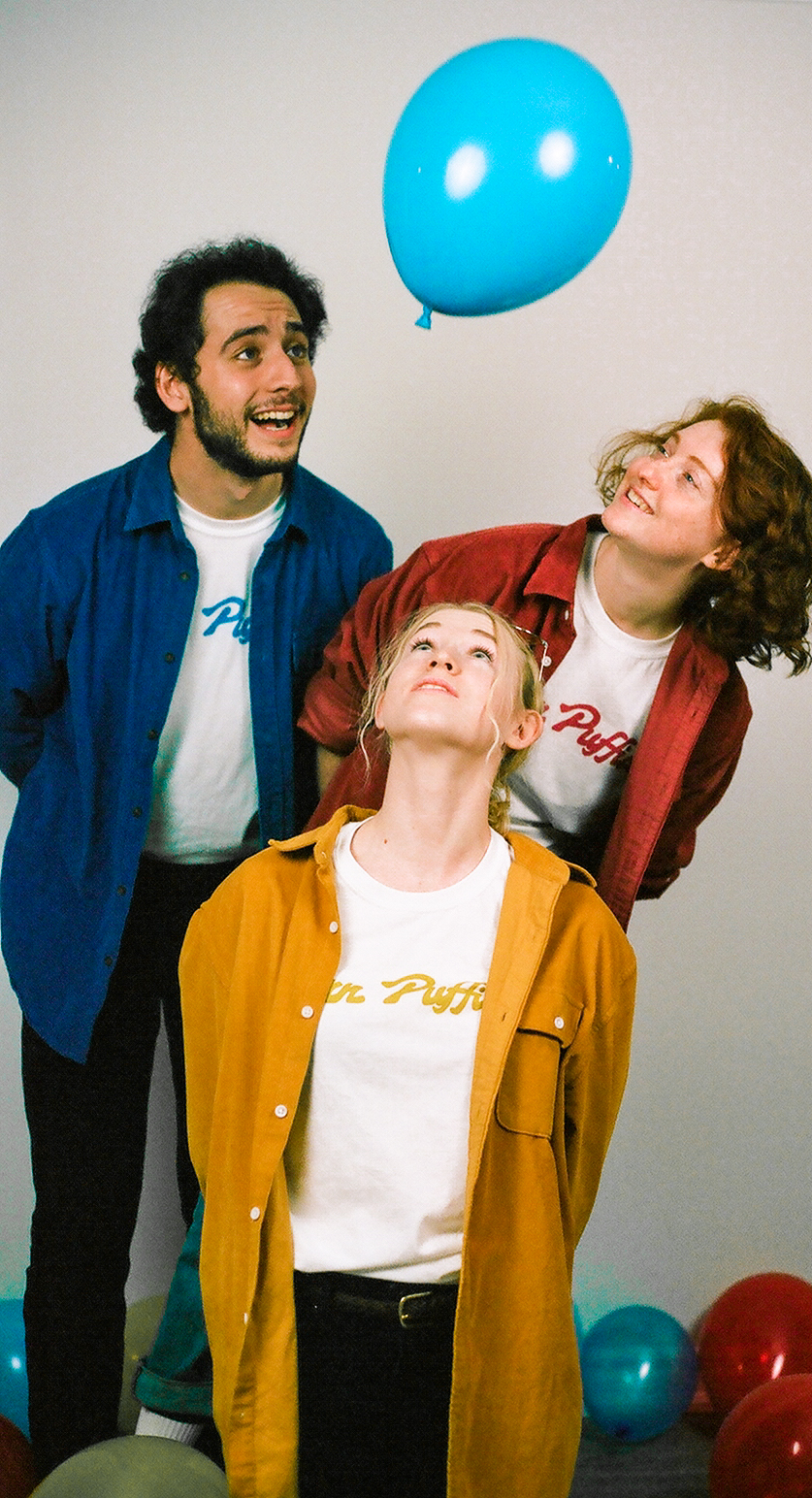 I’ll be honest –– when I think of cover bands, I think of a group of dads paying homage to their teenage heroes at their local pub. It’s a little corny, a little tropey, but all in good fun. “I think we’re in a great position, because we have different things set up,” bassist and vocalist Noa explains. “We can do whatever we want musically and just have fun with this template of all these songs. Just take great music and just do whatever we want with it.” They were particularly influenced by the band Camper Van Beethoven, who released a full-length cover album of Fleetwood Mac’s Tusk. “It was incredible to see how they experimented with the original songs, and how they challenge the listener to hear the song in new ways,” says Joey. “We want to take these Born Ruffians songs and give them new context and highlight new parts.”

Like the dad rock bands in the pub, Corn Puffians was created to pay homage to their heroes. Joey’s been a fan of the band since age fourteen. “With most bands, I like the majority of what they’ve released but there will always be some songs that I don't identify with, or some songs that don't get to me. But that's never been the case with a Born Ruffians record. It’s always resonated with me, and that’s really rare.” Lucky for them, they’ve not only gotten to pay homage to the Born Ruffians, but collaborate with them. Joey has attended every Born Ruffians concert since 2014, and the band started to recognize him. They asked him and some other fans to help the band promote their upcoming record, and the Corn Puffians were born.

Beyond covering the Born Ruffians’ music, the Corn Puffians collaborated on a video project with them. “It was so insane just to be like in that process. We like filmed a whole bunch of stuff before [Born Ruffians frontman] Luke showed up, and knowing that this guy in this band is about to show up and I'm going to be acting with him in this short film was surreal," said Noa, who helped work on the script with Joey. “He was really game for anything”, Joey added. “He picked up my guitar, and started playing Undone (The Sweater Song) by Weezer. I’m a very big Weezer fan, and for him to just start playing and singing in my bedroom was a great experience."

While the band’s primary focus is the Corn Puffians, they work on music together and independently through other projects too. “I think we’re still really passionate about the OG band,” says Maia, but working on Corn Puffians has opened up new doors for them, and helped them explore their musical abilities. Noa discloses that working on the project has increased her confidence. “I’ve been doing music for a lot of my life, but I never had the confidence to be able to take myself seriously. So, starting to do music with these guys really gave me that," she says.

Despite Toronto’s prominence as a centre for R&B, the band asserts that the indie rock scene is strong. “It feels very alive to me,” says Maia. While Joey admits that “it’s difficult with the amount of venues closing”, he points out “you’ve got Weaves, you’ve got Odonis Odonis, you’ve got Glass Cactus. The label that Born Ruffians was attached to, Paper Bag Records, they’re Toronto-based as well." Noa explained that after moving from suburban New Jersey, the Toronto music scene is impressive, even with venues closing. “It’s still a lot for me. Any weekend you can go see an indie show for ten bucks somewhere.”

“I think this could be the start of something big. Toronto is in need of a rock and roll revival like there was in New York in the early 2000s. I think Toronto has the potential to be that moving forward in the 2020s.”