Interview with Battle of the Bands Winner, Newcomer

We sit down with UofT Battle of the Bands winner, Newcomer 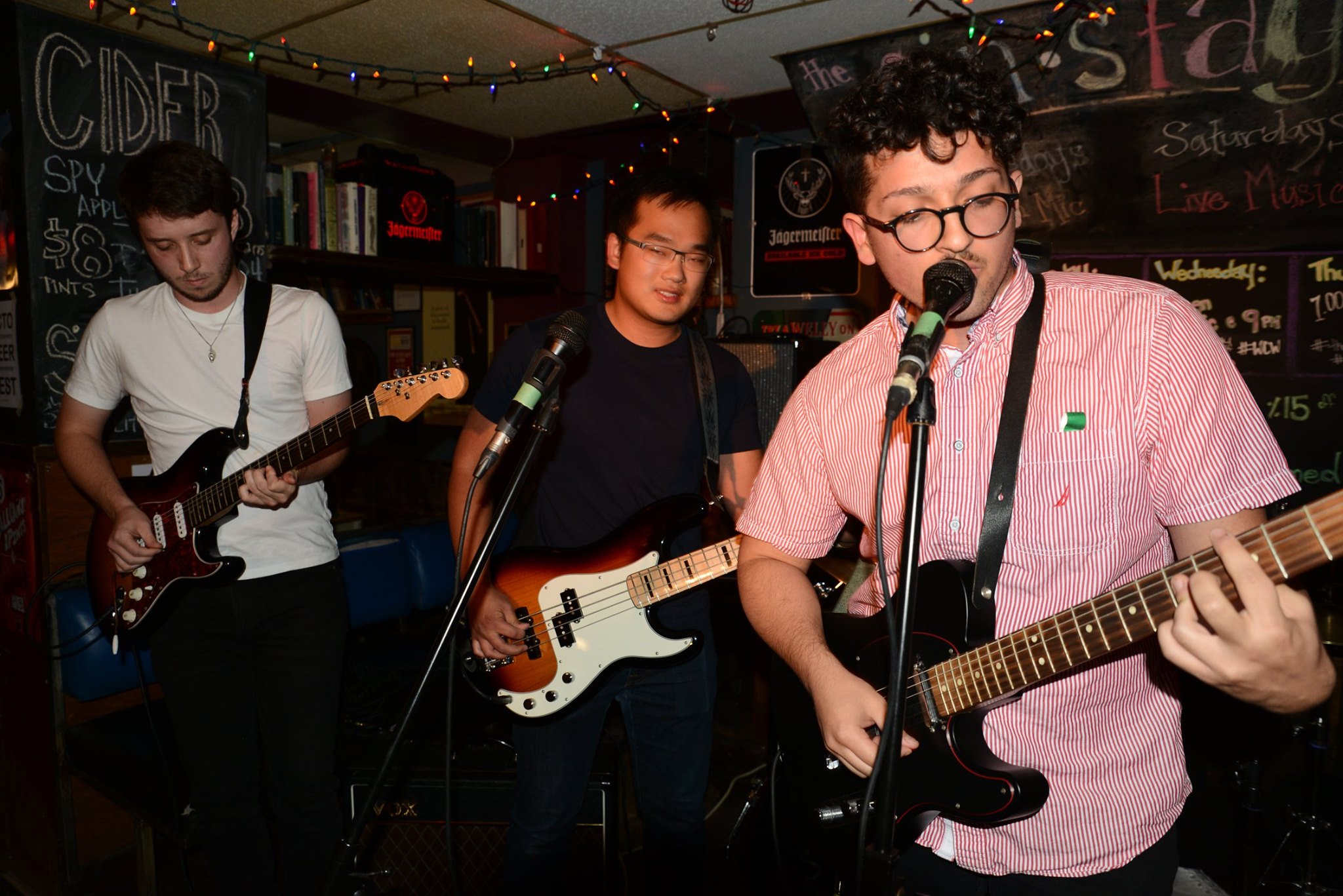 Toronto-based band Newcomer has been a constant on the UofT band scene.

Since their start in 2017, they have played gigs across Toronto, including at Lee’s Palace and at the Horseshoe Tavern. They’ve also competed at UofT’s Battle of the Bands, which they won earlier this month. Last year the band released their first album, Joys, and they have spent the new year exploring new music.

“It was cool, because he was the only bass player there, so he was just playing everything,'' says Gutierrez. Josh had been playing music for years––  “I actually learned guitar before I learned bass”.

The group’s line up has changed since its conception. Marty Camara joined in summer 2017, and before Lucas Ratigan, they had a guitar player who was forced to leave the country because his lawyer failed to file  immigration papers. “It’s sad,” says Josh. “Yeah,  ‘cause he was a really good guitar player,” adds Matias. Luckily, Lucas and Matias knew each other from their first year of university, and Matias invited him to join the band.

Newcomer released their first album last year, titled Joys. Singer Matias mastered the entire album, even though they recorded at a studio. “Being able to produce is one of the most important things,” says Ratigan, “you’ve got to be self-reliant”. Learning to be self-reliant is something that the band has had to discover the hard way.

“People get duped by assholes… The worst experiences we’ve had were with people who don’t so it so much for enjoyment, but to make money. People have taken advantage of us,” explains Matias.

Last year the band had a bad experience with a booking agency, which resulted in them being conned out of hundreds of dollars. The agency Newcomer was working with had booked a gig for the band while guitarist Ratigan had to go to the States. Matias called the agency to explain, and said they had to cancel the gig. When Matias asked for his money back, the owner promised to give him the money after the gig; but the money never showed up. “He blocked my number. He’s like ‘If you keep calling me I’m gonna call the cops and shit’. It’s like bro, you owe me two hundred dollars,” he recalls. After a while, the band let it go. Marty compares the booking agency’s business to Breaking Bad. “The dude had a family. It’s like that”.

The band were also signed to a local label, COIN. When I brought it up, they all burst into laughter. It turns out, the local label was under investigation by the Canada Revenue Agency and the Police. Since the investigation, the band has cut off ties with them. “To be honest, I think we’re still contractually obliged” laughs Ratigan.

The band has been better off on their own, anyways. Their former label and booking agent promised them gigs, recording time, spaces, and promotion, but it never happened. Or, when they did happen, it was less than ideal. “They were shitty gigs, and in like, Mississauga,'' recalls Marty.

Their best moments have been self-made. Last year, to promote Joys, they played at Lee’s Palace. According to Matias, it was easier than most people think: “It was probably the biggest gig we’ve ever played, and I booked it just by emailing the dude who owns Lee’s Palace”. Below student dive bar Dance Cave, Lee’s Palace has been a venue for indie bands early in their careers, including Arctic Monkeys, Red Hot Chilli Peppers, Nirvana, and Oasis. Coincidentally, the band cites Arctic Monkeys and Red Hot Chilli Peppers as two of their biggest inspirations.

Indie music is where the band draws a lot of their inspiration from. “We’re an aptly named Strokes cover band,” laughs Gutierrez. But to call them just that is to ignore all their other influences. Bass player Josh started out playing jazz music, which was an important starting point for him, and has allowed him to have a broader understanding of music. Blues is particularly foundational to Lucas Ratigan, too. When it comes to the songwriting process, he says, everyone has their own thing that they bring to the table.

Newcomer has been working on new material for a while now, and hopes to have new songs available in the new year. They want to demonstrate their growth as individual artists and as a collective in their new music; “we’ve evolved as people”.

Unfortunately, their new sound won’t include bassist Josh Sofian. “I’m sad, but I have other things to do. I’m teaching, I’m writing a book”. Plus, Sofian put the band in touch with another bass player who also knows Marty, so they know they’ll get along.

When asked where the band is going from here, they seem unsure. They enjoy playing as a band, and say they hope to release an album at the end of the school year.  For now, they’re enjoying the moment. “We’ll see what happens,” says Gutierrez.

You can check out Newcomer’s album, Joys, on Spotify or Apple Music.