On Bambi, Hippo Campus continue to flourish creatively while still keeping their sound bright and fun. 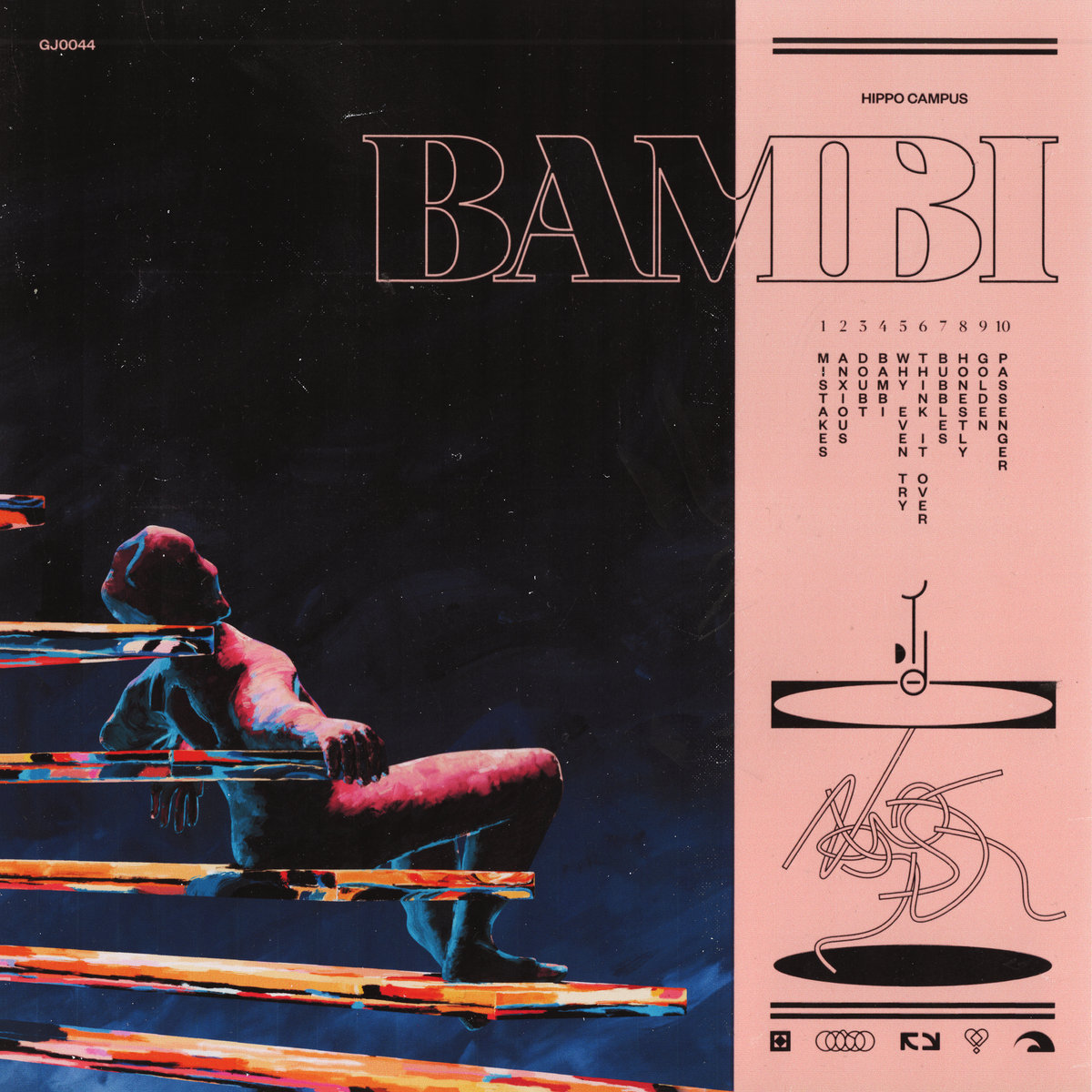 Indie band Hippo Campus have returned with their sophomore effort, Bambi – their follow up to their 2017 debut album, Landmark.

Hailing from St. Paul, Minnesota, the band originally consisted of four members (Jake Luppen, Nathan Stocker, Zach Sutton, and Whistler Allen) and are well known for their catchy guitar riffs and bright, simplistic melodies. Since beginning production on Bambi, Hippo Campus have added a fifth member, DeCarlo Jackson to their roster. This new lineup has also hastened the evolution of the band's sound; this time, they've added more synthesizers and occasional vocal distortion that were not present on their previous effort. This experimental approach to production gives their songwriting new layers, causing the new record to sound undoubtedly more mature.

The record opens with “Mistakes,” a perfect introduction to the rest of the album’s overall sound, with its layered distorted vocals and atmospheric energy. “Doubt” is definitely a standout track on the album opening with frontman Jake Luppen singing “good god it’s a toss-up, so sweet but she’s a little fucked up”. The distorted verses are a perfect juxtaposition to the smooth and cyclical chorus in which Luppen voices his uncertainties about love. This track is followed by the title track, “Bambi” – which also serves as one of the album's lead singles. Its catchy and jagged synthesizer hook is a perfect summary of the overall sound on the album. The tracklist then takes a softer turn with “Why Even Try” and “Think It Over”. The former being one of the less experimental cuts from the album with a focus on cleaner vocals and guitar; while the latter’s music and vocals blend together almost perfectly to the point that it almost sounds entirely instrumental.

This bleeds into the next song which is called “Bubbles”. “Bubbles” is possibly the greatest turn, sonically, for Hippo Campus, and my favourite track on this album. There is an almost dystopic sounding instrumental break in the middle of the track which is unlike anything the band have ever done before and comes as an absolute surprise the first time you listen to it. “Honestly” is Hippo Campus at an elevated version of their previous record. It’s a fun song but not much of a standout for me on this record as it is quite simple in terms of its lyrics and production. “Golden” is another of the album’s singles, slightly slower paced than “Bambi” with more of an emphasis on guitar rather than synthesizers. “Passenger” closes out the album, a beautiful slower paced ballad that slowly builds sonically as it progresses. At five and a half minutes it’s the longest track on the album and leaves plenty of space for reflection.

The lyrical imagery used on the album is also well complemented by this more atmospheric production. This album cements Hippo Campus as a band to watch out for in the years to come.