10/15/2022: The Perth quintet takes the Great North yet again after two years 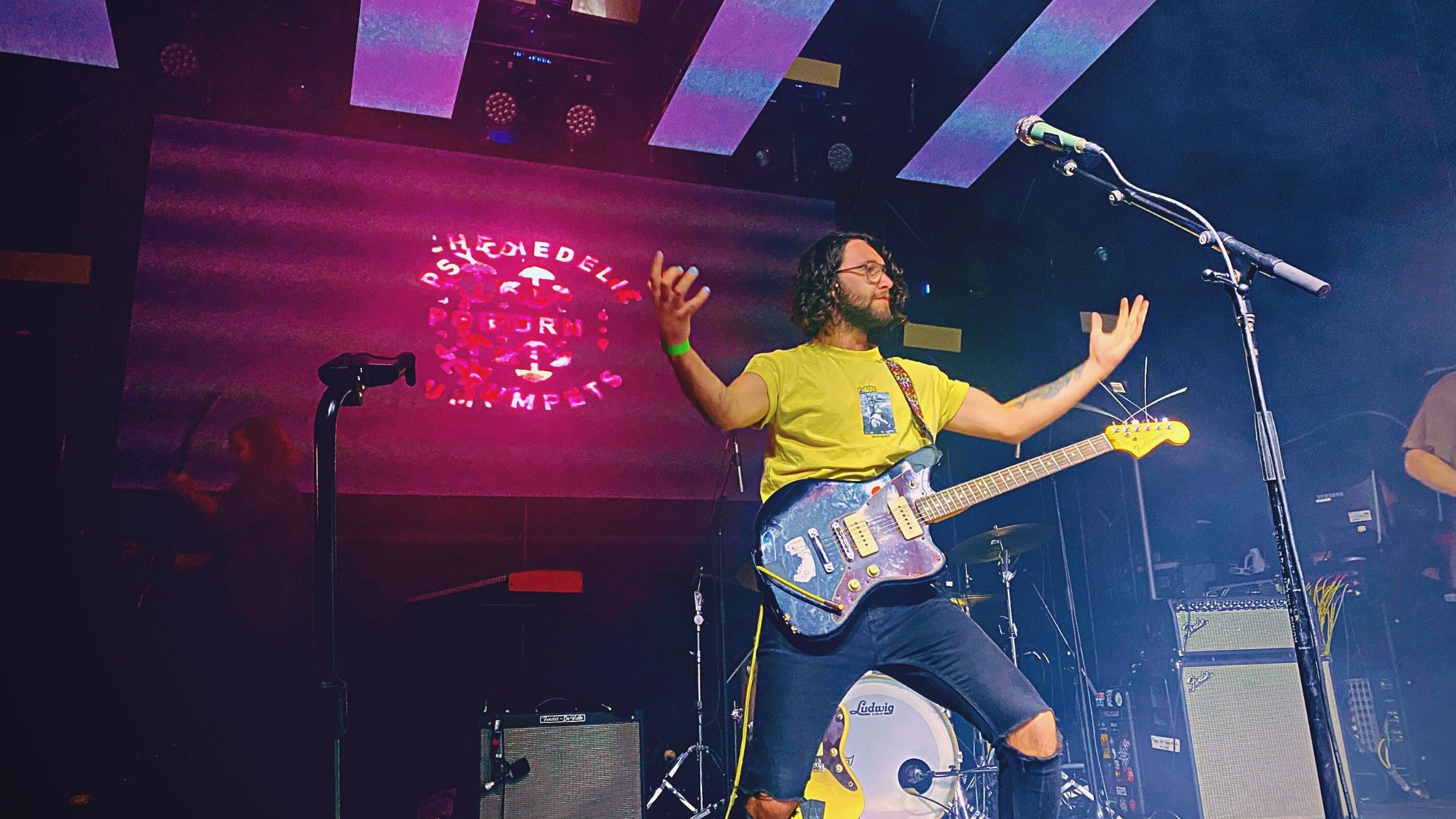 The magnetic presence of the quintet seemed to influence the entire crowd—in one instance, strangers felt like long-lost friends under the haze of smoke and blinding neon lights. There was laughter, spilled drinks all over the floor, and an insane amount of hair spun in all directions. It was almost akin to a high school reunion; I may or may not recall the person who suddenly decided to dance with me, but it's all in good fun so long as I keep the energy up. The band didn’t need to speak to the audience, since we already understood what they wanted us to get from the music. Hit songs such as “Found God in a Tomato,” “November,” and “Hymn for a Droid,” had everyone uniting in solidarity as we screamed the lyrics despite a lack of oxygen in our system. The Porn Crumpets certainly had a hypnotizing spell cast on us all; no matter how tired or dehydrated we were from jumping and pushing each other around, we still managed to keep some air in us to scream “now we’re here, everything’s unclear.” ‍

The quintet used a quick break to claim Toronto as a city with a reputation for rowdy, lively crowds, then begins to give the crowd their warmest appreciation with an added flair of Australian obscenity. Maybe it’s just the way they do things down under, but the casual and everlastingly consistent profanities in each sentence managed to bridge the gap between the floor and the stage. Whenever they talk, it feels warm, sincere, and candid—just like the fuzzy, runner’s high you get with the explosion of the mosh pit during their encore, where they played “Cornflake.”