Evolution and Collaboration with Caleb Joseph and Jix

The two musicians and collaborators tell us about learning how to write pop music, and their upcoming projects 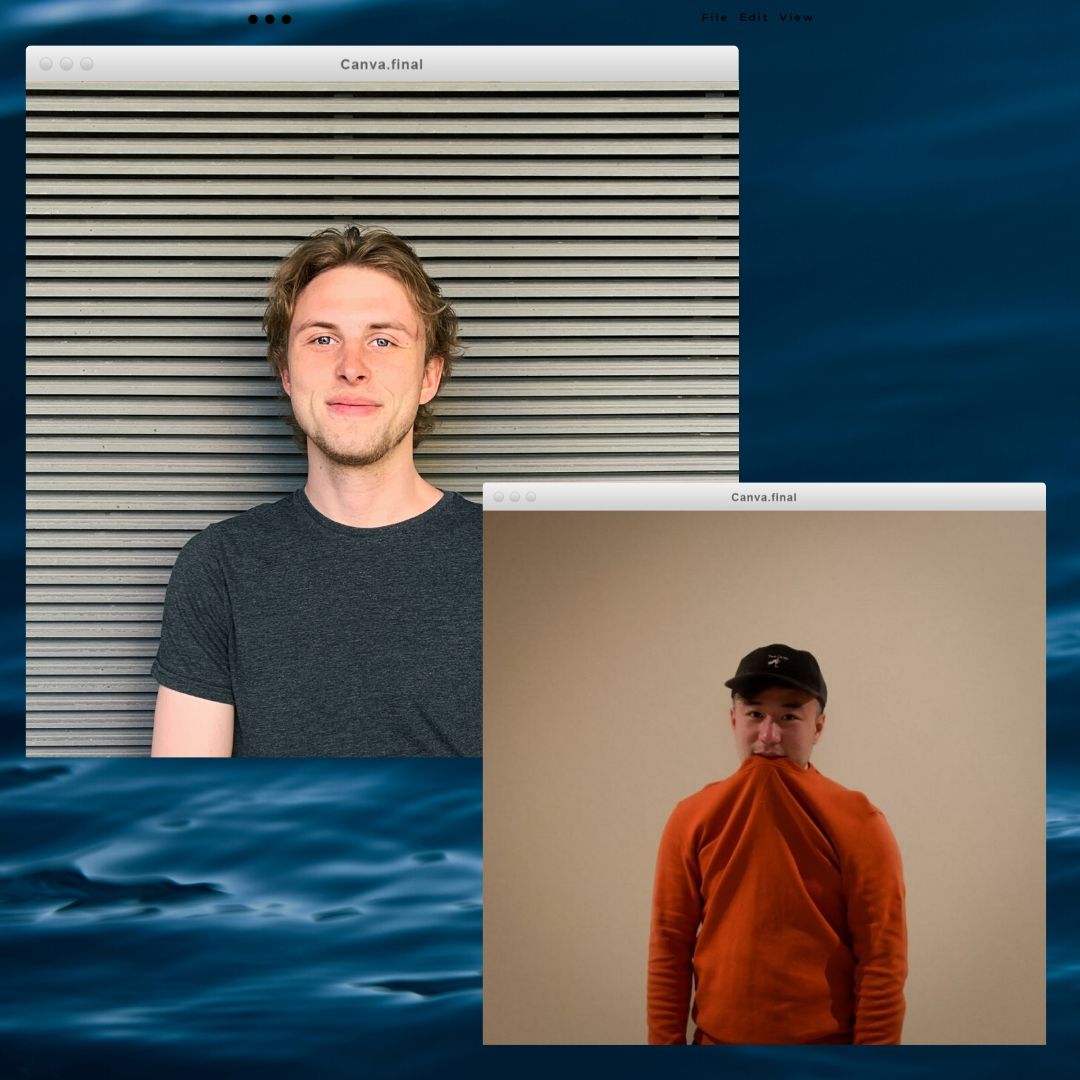 Toronto-based friends and collaborators, Caleb Joseph and Jix, recently talked to me about their upcoming music, and their collaborative project, Oxford Borg. The pair met as students at the University of Toronto, and though their musical styles differ while producing music independently, they frequently work together also.

As an independent artist, Caleb Joseph released his first album, I Lost My Chair, on 21 May. The album hosts a myriad of sounds, from static distortion to soft vocals to spoken word. Although his songs include a wide sonic range, the album remains cohesive and sincere. Caleb explains that his sound depends on the project. “With my own stuff, I’m still trying to figure out what to label it. At this point, I’m going with experimental singer-songwriter.”

The development of Caleb’s sound has been a continuous evolution. “Jix introduced me to producing, so I started with that, but I was already interested in composing more classical music, and then it was kind of a weird transition where I updated myself and started producing modern music. Now it’s just weird music.” The classical influence is still apparent in his latest album. When I ask if he prefers writing classical or pop songs, Caleb replies that it depends what story he is trying to tell, or what he’s interested in at the time. “Day to day, it could be entirely different,” he says. “Producing more pop is faster paced, so it’s a lot more interactive. But for composing classical, I still do pen and paper. I do it very slowly and methodically and it’s cathartic and it’s fun to do, but in a very different way.”

Jix’s sound differs from Caleb’s, falling into the category of indie-electronic music. During a prior conversation with him, he mentioned that he really enjoys movie scores, and would even consider writing them. Jix gained his appreciation for scores when he and Caleb took a university course in composing for film. “I think our sound after doing the course became more atmospheric, almost sounding like movie soundtracks,” Jix says. “I would love for my music to be played in scores.”

Like Caleb, Jix is also working on releasing music of his own. Over the past eight months, he has been working on his debut EP, Undergrad. “That was really a process for me to find and shape the sound I was going for at the time,” he recalls. After getting someone else to mix and master one of the songs on the EP titled “Can i?” he realized the benefits of working independently. “[The producer[ did a fantastic job on the mixing and mastering, but our end goal wasn’t the same… I should’ve listened to Caleb a long time ago in regards to this. He really believed in doing everything yourself, because no one else will understand what you’re going for.”

Both artists share an interesting history with music. Caleb rejected his piano lessons as a child. “When I was in grade 2, my parents signed me up for piano lessons. We had a piano in our house, but I hated lessons,” he says. “I didn’t talk to strangers when I was young, so I wouldn’t talk to my piano instructor. After a year of it, I quit. But we still had the piano. I just started learning it by myself.”

Jix also began with traditional piano training in his youth, and stuck with it, along with the drums. He then continued to teach himself to play a variety of other instruments, including the tuba, trumpet, and trombone. Caleb and Jix agreed that, much like languages, once you’ve learned how to play a few instruments it only gets easier to learn how to play more. “We talk about the instruments we play –– we both play a pretty significant number of instruments –– but it’s not actually as impressive as it sounds because once you learn a couple instruments, everything else just follows the same formula,” Caleb explains.

In high school, Jix played in orchestras and pit bands, during which time he was introduced to playing music for the military. After high school, both Jix and Caleb went to UofT to study music, where they met. In order to continue in the music industry while also being able to make a living, Jix introduced Caleb to an army position as a musician. During this time, Jix became interested in Caleb’s compositions and the pair began producing music together.

The first track the two artists created was on a second-hand keyboard they had picked up from Kijiji. “At the time when we started, we thought it was like, the most amazing shit ever. Now we look back on it and we’re like, ‘Oh my God, that was trash,’” remembers Caleb. When they began to create pop music, they did not know what to expect. “We come from a classical music background, so we had this kind of pretentious idea that it would be really easy to make pop music, because it’s like, technically speaking, it’s kind of simple. But there’s so much more to it than we realized… At the time we didn’t know exactly what to listen for.”

The pair plan to release a project together titled Oxford Borg. The project will combine both of their styles into what they describe as a “sensory overload.” Caleb describes it as being “as progressive as possible, abrasive and fun and danceable and memeable. We don’t want to take ourselves too seriously, but we also want to create a community with it.” When discussing the inspiration for the project, Caleb explains, “We kind of fell in love with this PC music label, and a lot of the artists on it. We started to really dive deep into the music of it and the community that surrounds it. And I think we both kind of really took a liking to it.” According to Jix, “We’ve always meshed, but we always had a different sound and different idea of where we wanted to take our music. And now I feel like we’re at a point where it has kind of come together and that’s really exciting.”

As it can often be difficult to work together when trying to express specific sounds and messages, Jix explains that at times it was hard to communicate their ideas to each other. “Instead of trying to write the same thing on the same section, because we found that was two clashing ideas sometimes, we decided we were going to break the piece into sections… I would start with an idea, like a basic arrangement, and then Caleb will build on that or vice versa.” This back and forth technique causes their music to become less of a fusion of their two sounds and more of a conversation.

As artists that are just beginning to release their music to a public audience, I ask if they planned on music being their full time job, and if so, where they would like to see themselves in five years. Jix replies, “Ever since quarantine I started working full time [in a non-music related industry], which is really the opposite of what everyone else is doing. But I told Caleb, I think if what we’re doing with music is taking off, even showing a little bit of promise, I’m willing to quit my job to take this on full time… There’s nothing better than writing music for me…five years from now, I hope Caleb and I are performing at Osheaga. We both do a set on our own, and then we meet on the main stage and do a set together.” For Caleb, music is already his full-time job. “I quit at Apple about eight months ago because I had enough production gigs and stuff lined up where I could at least pay rent.” In terms of the future, he explains, “I do have to think about it financially to some extent and writing my own stuff is not necessarily the most lucrative, so a lot of what I’ve been doing is producing for other artists. Long term, I do want to be able to sell shows and make a living off of doing it and performing, and of course one day doing festivals.” Although playing festivals would be a dream come true, that’s not all that counts to Caleb. “I don’t want to look at it in terms of numbers, because that’s not really important to me. But I do want to be able to say that I put out an album, even if it is just for myself. It’s something that I wanted to do and I can be proud of.”

To hear their music, listen to Caleb’s new album, I Lost My Chair and Jix’s latest release, a remix of 12 Mile Island’s “Lioness”. Jix will release his extension of Caleb’s album on 1 June. They are both hoping to premier their collaboration, Oxford Borg, as soon as possible.