Duster is back with a new beginning, not a victory lap 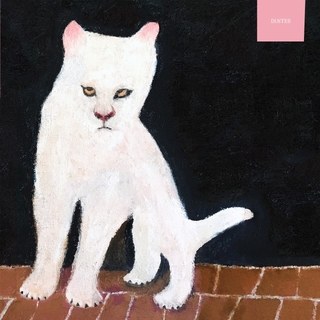 When beloved bands return from a hiatus, fans expect a victory lap. Duster shows that a new beginning can be just as good.

It’s been 19 years since indie rock icons Duster released their last album, 2000’s Contemporary Movements. Their debut, Stratosphere, introduced the world to their lo-fi, languid indie rock. They made a mark with their sombre, soothing style that helped pioneer the slow core genre. The album grew a cult following in the internet age as people were drawn to the warmth of the warble and tape hiss that stuck to the music like steam on a bathroom mirror.

Despite the hiatus, it is clear that Duster is still in tune with what made them great in the first place. The opening track, “Copernicus Crater” sets the tone, with driving riffs, laconic vocals, and excellent guitar counter play between distorted melodies and intricate jangle grooves reminiscent of math rock. Immediately noticeable is less emphasis on lo-fi audio artifacts and a transition to playing a style of indie rock that leans heavier into distortion more akin to noise pop and shoegaze than their space rock roots. “Hoya Paranoia” is the most similar to their earlier material, with twinkling, smooth guitars and a relaxed mood. The next track, “Ghoulish”, sounds like something that wouldn’t be too out of place on a My Bloody Valentine EP.

The tracks where Duster play more heavily into their new sound tend to be the more effective ones, with “Chocolate and Mint” being an example where they try to straddle the line between the two sounds too much and end up sounding like they made the generic bop for your local rock station. On “Summer War”, the band hits their stride with heavy, sludgy riffs that maintain the melancholy of their earlier work. They follow this up with “Lomo”, with dainty acoustic guitars that sound like a bad Fleet Foxes impression.

The songs often consist of two parts, with a more familiar first half that leads to a heavier second half. You can’t help but feel that there’s an uneasiness with Duster’s new sound, as if they want to progress as a band but do not want to disappoint the purists. With a reissue of the band’s brief discography accompanying this release, many interpret this album as a farewell. I personally hope that this isn’t the case, as this album sounds more like a next chapter than a final statement. While sonically, this process isn’t entirely smooth, it leaves me excited to see what they do next.