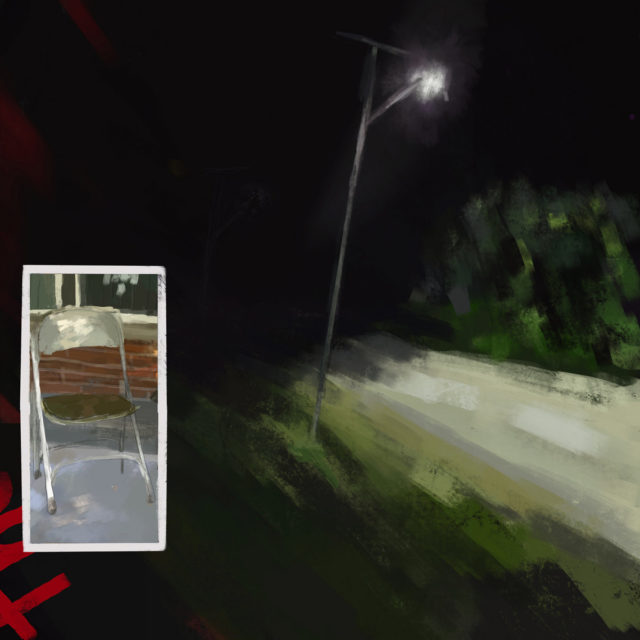 Car Seat Headrest are the very definition of a Bandcamp success story.

A seventeen-year-old Will Toledo began to self-record, produce, and release music in high school–– unpolished, angry music about being young and in love and terrified — and he never stopped. Along the way he picked up bandmates Andrew Katz (drums), Ethan Ives (guitar), and Seth Dalby (bass), and signed to Matador Records. In 2016, the band released critically acclaimed album Teens of Denial. The record catapulted the band from cult status to true indie darlings, insofar as “indie darlings” can sell out Madison Square Garden. Making a Door Less Open is the band’s first new material in four years, following 2018’s re-recording of cult-favourite Twin Fantasy and 2019’s live album Commit Yourself Completely. The former was an ambitious, indelible examination of a change in perspective (completed seven years after its first iteration), and the latter cemented them as a must-see live act. This new offering, however, tries to usher in a new era of Car Seat Headrest, though it only succeeds in alienating long-time fans and newcomers alike.

Seasoned listeners expecting cathartic, expansive ballads akin to “Beach-Life-In-Death” or “I Want You to Know That I’m Awake/I Hope That You’re Asleep” will be disappointed. In an effort to escape being shoehorned as the old Car Seat Headrest (that is, living room lo-fi rock) the band loses the unique lyricism that first brought them to the world stage in the mid-2010s. No one was listening to Twin Fantasy for Will Toledo’s dulcet vocal range. Car Seat Headrest didn’t ascend to atmospheric heights because of polish or instrumentation, but because of Toledo’s uncanny ability to reach into the heart of insecurity and leave it raw and bleeding on the recording studio floor (or minivan back seat).

Making a Door Less Open is an unsettled Rorschach blot of a record. Songs like “Famous” and “Hymn” lose their authenticity in muddy electronica, and songs that stand alone as middling singles fail to coalesce into a cohesive narrative. The scathing “Hollywood” feels especially disjointed, three years too late to have anything approaching a novel social impact. The audience is left trying to discern if this is a critique of the band’s personal journey or the industry at large, though the song fails at both. Toledo himself is based out of Seattle, and has very little personal Hollywood connection. Maybe this is why the track sounds disingenuous. Maybe it’s Katz’s vocals, so tonally jarring one would be forgiven for checking they were still listening to the same band. Maybe it’s the way it sticks out, dissimilar to every other album track and, arguably, every other Car Seat Headrest song.

This isn’t to say Making a Door Less Open is a write-off. “Can’t Cool Me Down”, lauded for its high-octane live performances, is a synth-heavy departure from theme that is in turns bubbly and introspective. “Martin” stands alone as a tight, upbeat track which feels fitting for isolation. On the song, Toledo sings, “I get high on things that bug me/Morning news and instant coffee,” his energy belying something more melancholy beneath. “There Must Be More Than Blood” comes close to matching the emotional climax that lingers near the end of most Car Seat Headrest albums, though it lacks the lyrical mastery found in “The Ballad of the Costa Concordia” or “Twin Fantasy (Those Boys)”.

Fame is exhausting. After years of non-stop touring, television appearances, and more time in the spotlight than seventeen-year-old Will Toledo likely ever anticipated, the band can be forgiven for scaling back and changing up their sound. Unfortunately for long-time listeners, this results in longing for what could have been and hopefully what’s to come. On the song “Burning Man,” from 2013’s sprawling album Nervous Young Man, Toledo intones over and over, “Irony is all that I have/Sincerity is all that I have”. The contradictory refrain becomes relevant while listening to Making a Door Less Open: there’s neither irony nor sincerity, and the record suffers for it.