Thank you! Your submission has been received!
Oops! Something went wrong while submitting the form.
Home
/
Culture
/
Local News 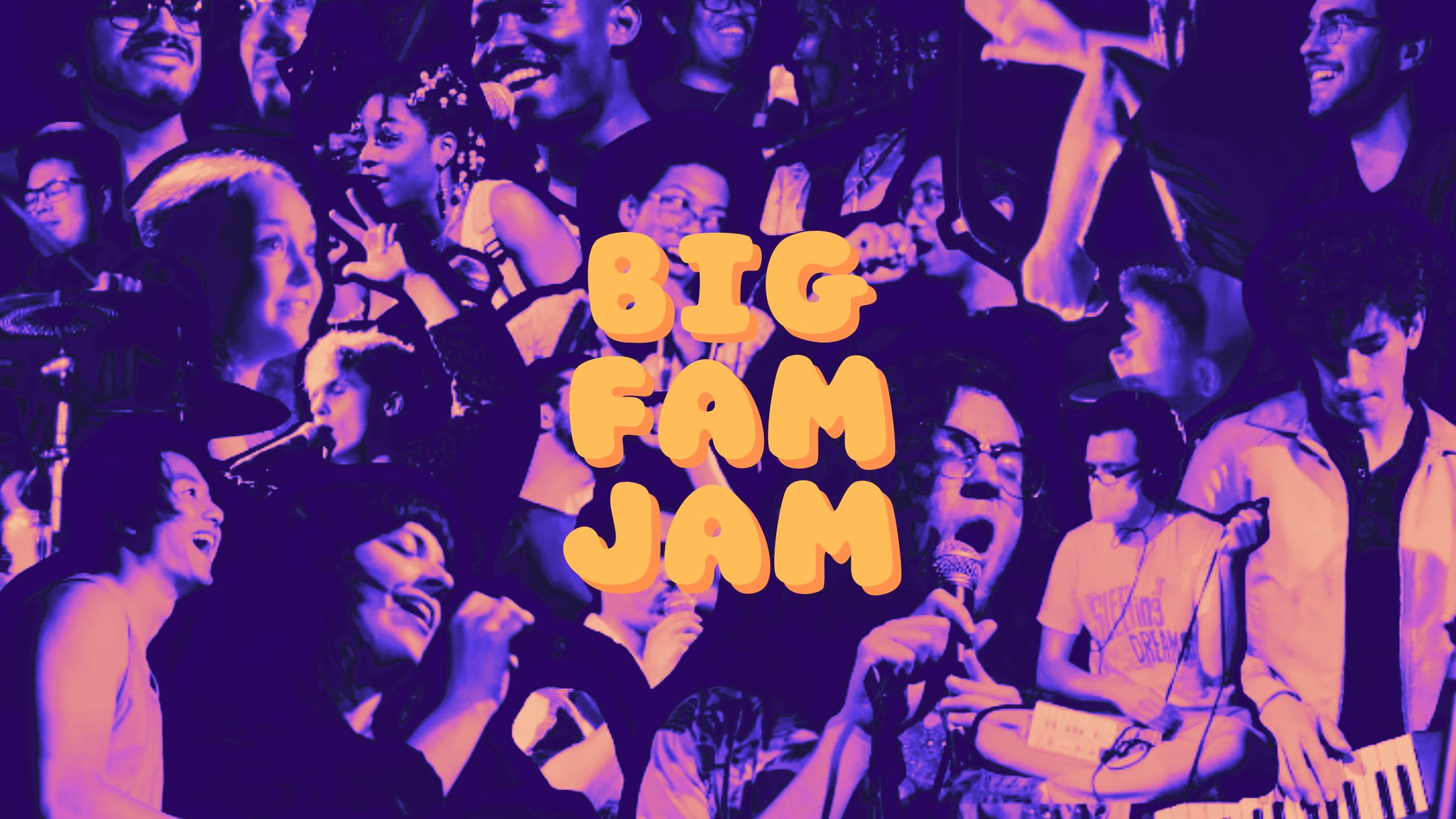 There was a brief, glorious time when cats were funky. When I arrived at the Big Fam Jam in the middle of a tap dance solo, I wondered if perhaps that time had come again. The Jam, which takes place every Tuesday night at Supermarket, a bar in Toronto’s Kensington Market, is a pay-what-you-can event in which musicians get up on stage and join in, no questions asked. The Big Fam Jam plays an important part in Toronto’s music education scene, but the things that make it attractive for musicians make it hit-or-miss for audiences.

The Jam was founded by Jackson Steinwall, a local musician. Steinwall, the jam’s house band bassist, was inspired to create the Big Fam Jam after his sister, saxophonist Emily Steinwall, invited him to come to Los Angeles with her. There, they stumbled on a jam called “Da Juice Joint,” a no judgment jam session. Steinwall liked the no-judgment attitude of the jam so much that he went weekly for the duration of the LA trip. The founder of Da Juice Joint told him that there had to be a place where professionals and beginners can share a stage. After returning to Toronto, Steinwall organized the first Big Fam Jam in the now-defunct Friday Roots and Vibes on Dundas. His friend, the owner of the venue, was initially skeptical, but, as Steinwall told me, “That first one was big, and they’ve been big ever since.”

In some ways, the success of the Jam is unsurprising: Other jam sessions are intimidating. The jam sessions of my youth were for people who knew how to improvise correctly. To those who weren’t trained in jazz, the idea of a “correct” way to improvise can seem paradoxical. Jazz, however, is a kind of shared language for improvisation. There are standards for how chords change, rhythmic patterns, and the notes one uses in a given key. These standards are the stylistic rules that govern the “correct” way to improvise. These standards often intimidate beginners, and requiring that players know them limits the pool of potential performers.

It was this niche that Steinwall hoped to fill after attending Da Juice Joint: Toronto didn’t have a consistent, non-judgmental jam session. He went to jam sessions a lot prior to starting the Big Fam Jam, and recalled that even non-jazz jam sessions had an exclusive nature. A hip-hop jam session organized by the same friend who owned Friday Roots and Vibes was hostile to people who didn’t have extensive experience with the history and culture of hip-hop. Other jam sessions were too infrequent, and their attendance suffered. To start a jam session that was truly for everyone, it would have to be weekly and non-judgmental. While the sessions I went to seemed to predominantly attract funk and R&B-focused musicians, people have come on stage to juggle, and one often sees rap and even metal vocalists.

The plan is to make the jam yet more open. Steinwall, who graduated from UofT and then trained to teach, wants to run workshops that teach improvisation basics to new players. Rather than teaching the theory-laden language of jazz cues, sometimes students need a brief explanation from musicians who improvise a lot, further reducing the barrier to entry to the jam. Toronto also lacks places to improve repertoire for styles that aren’t jazz: “There’s no funk program at Humber,” Steinwall said, “If you don’t fit in at Humber or UofT, there is still a place for you.” For musicians looking to have a good time, the jam is a great place to start.

For the audience, it’s a different story. The tap dancing solo was a highlight of my night: It was unexpected, heartfelt, and unique. While there were other good performances at the Jam, the quality of music depended heavily on who was playing. A hidden advantage of the exclusive jam session is that they repel singers. Vocalists are very difficult to play with, especially for new musicians, because they are easily overpowered by the loudness of horns. The horn players at the Big Fam Jam realized this, but the steady stream of vocalists meant that they played very little to avoid drowning out the singers. The resultant music was a mix of vocalists over the same rhythm section grooves. Going to the Jam just to listen is a mistake: Go to play, socialize, or dance; you’ll have a better time.