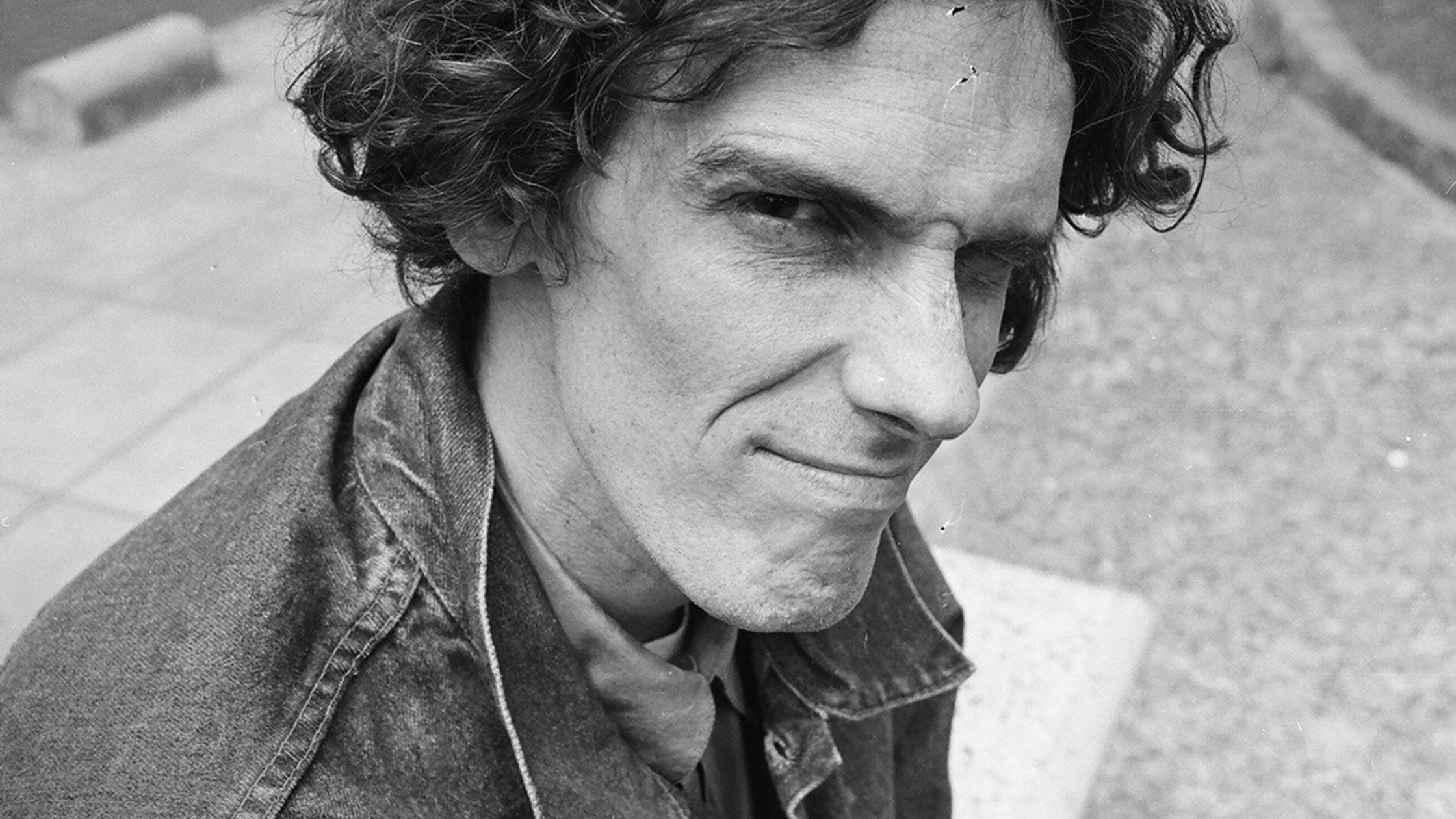 Luis Alberto Spinetta was an Argentine composer, singer, and poet. In his home country and in all of Latin America, Spinetta is revered for pioneering rock in the Spanish language and for bringing a uniquely withdrawn, philosophical-poetic sensibility to the genre. His reputation is such that the Argentine government officially dubbed his birthday National Musicians’ Day in 2015. Despite his achievements, he is almost unheard of among rock listeners in the English-speaking world, a situation I believe needs to change. In this article I’ll humbly attempt to be a part of that change by giving you a brief introduction to Spinetta’s work. I’ll focus on three of his most essential albums, each recorded by a different band for which he was the leader and primary songwriter.

Almendra (‘Almond’) was the first major band of Spinetta’s career. Formed in 1968, they were one of the very first Argentine rock bands to achieve significant notoriety within their home country. Their first album, released in 1969, was the self-titled Almendra. Almendra draws inspiration from bands such as Cream and the Beatles, while maintaining its own unique and distinct approach to songwriting and instrumentation. Almendra’s defining song is the opening track, “Muchacha (ojos de papel)”. Beginning with a spacy acoustic guitar riff before opening up into a breezy ballad, “Muchacha” demonstrates much of what would become trademarks of Spinetta’s career; the folk-influenced sound, the soft, sad melody and, the lyrics, which already seem to look at the world through a surreal poet’s eyes; the girl in the song has ‘eyes of paper’, ‘skin of rayon’, a ‘heart of chalk’. These stylistic traits are also present on other tracks, such as “Plegaria para un niño dormido”, which features a heartbreaking melody and some subtle electric lead guitar work. Of the more rockero songs, “A estos hombres tristes'' stands out for its grimy drum-and-bass-guitar intro, and “Que el viento borró tus manos” for its ridiculous hippie flute-playing. Both of these songs feature some fantastic melodic ideas, and some mildly distorted twanging guitar. “Laura va” has a very cute Paul McCartney-esque melody and nostalgically tasteful orchestral accompaniment. Almendra stands as a classic Argentinian rock album from this period, and is just as good as or even better than many better-known albums from contemporary bands from the UK and US.

‍Recommended for: Those who enjoy the folk, blues and psychedelic rock of the UK in the late 60s.

After the breakup of Almendra, Spinetta formed a new band called Pescado Rabioso (‘Rabid Fish’), with drummer Black Amaya and bassist Bocón Frascino. Pescado pursued a much rawer sound when compared to Almendra, designed to break with what they perceived as over-commercialised and mediocre rock. The band released two albums, Desatormentándonos and Pescado 2, before breaking up. After Pescado’s breakup, Spinetta recorded an album of the songs he had been working on for the band, playing almost all of the instruments himself. The resulting album, Artaud, is a crystallisation of the revolutionary attitude to rock music Spinetta had been cultivating since his time in Almendra. Named after Antonin Artaud, a nihilistic French writer of the early 20th century, Artaud is a response to the author’s themes of suffering and social alienation. Artaud seems to turn away from society altogether, with the musician, bandless and introspective, mediating his own psychology through stark, uncommercial rock music. The opener, “Todas las hojas son del viento,'' is a deceptively cheerful acoustic song with an almost singalong-sounding chorus. The darker tone of Artaud is most visible during the core of the album, running from “Cementerio club'' through to “Cantata de puentes amarillos”. The sound is a strange, jazzy folk-rock with a palpable feeling of pain and loneliness. “Bajan” follows that up, something of a crowd-pleaser with its bluesy opening riff, the jagged chords in its chorus, and a wonderful outro guitar solo. The following track, “A Starosta, el idiota”, includes a distressing middle section featuring a sound collage of dissonant chords played at the low end of the piano, reversed guitar noise, a snippet of the Beatles’ “She Loves You,” and audio of a sobbing child. Just as the darkness of “Starosta” starts to lift, the song ends and we hear a triumphant lick of distorted guitar, starting the album’s final song. “Las habladurias del mundo” combines blues guitar licks and a loose, syncopated rhythm. Spinetta absolutely succeeded in capturing his feelings of isolation and nihilism on Artaud. It is a dark, arresting, and fascinating work, far from any rock-business cliche of the era.

Recommended for: Those who enjoy introspective folk-pop, jazz and noisy experimentation.

‍Click here to listen to “Bajan”

After the end of Pescado Rabioso, Spinetta’s next project was a band called Invisible, which moved out of the blues and hard rock style of his early work and embraced a new and unique progressive rock sound. Invisible largely abandoned the use of distorted electric guitars and other heavy sounds, instead replacing them with softer sonic textures such as synthesisers and guitars played through phaser pedals. To Spinetta’s ears, the use of overdrive or fuzz had become “played-out” by the time he started the band. While Invisible released three studio albums, 1976’s El jardín de los presentes represents both the peak of Invisible as a band and also Spinetta at his most focused and ambitious.

“El anillo del Capitán Beto”, the first song, opens with a massive dissonant chord hit, which immediately captured my attention. The melody is gorgeous, the chord progression is very interesting, the guitars sound otherworldly, the drums airy, and the bass beautifully melodic. “El anillo” strikes a tone quite unlike anything I’ve heard in any other rock song. It is rich with feelings of melancholy, introspection and nostalgia. It feels almost otherworldly, or dreamy. The second song, “Los libros de la buena memoria” brings in a distinct tango influence with its lilting, slow-dance rhythm and the use of the bandoneon, an accordion-like instrument typically used in tango. “Alarma entre los ángeles'' is an instrumental, Combining a first defiant section and a sad, philosophical one with long sorrowful bent notes, as blistering, Mahavishnu Orchestra-esque lead guitar tears across the mix at lightning speeds. combining a first defiant section and a sad, philosophical one with long sorrowful bent notes and ridiculous displays of technicality. “Ruido de magia” has a feeling of ascension and some amazing solos. It comes complete with shimmering strings and spacey synths. As I mentioned above, heaviness is used sparingly by this band, but it still appears, woven deftly into Invisible’s subtle compositions. “Perdonado (niño condenado)” starts off very soft but the riff which comes in in its post-chorus section is crushing and sounds like something off of Black Sabbath’s Sabbath Bloody Sabbath. This kind of heavy section should be completely out of place with the band’s style. Indeed, it seems to be exactly what they consciously rejected, yet it works perfectly. Rather than just turning away from heavy, distorted sounds, Invisible submersed them into a different style altogether. “Las golondrinas de Plaza de Mayo” resolves the tension from the previous song. It’s the poppiest song on the album, and it sounds like absolutely nothing else, with the combination of the accordion (!) solos and the bouncy, melodic synth-bass riff that recurs throughout. El jardín de los presentes is a near-perfect album, a definitive statement of the poetic approach, and the dynamic and thoughtful songwriting that made Spinetta one of the greatest songwriters in rock music.

Recommended for: Those who enjoy dreamy pop and/or progressive rock in the style of Mahavishnu Orchestra or Yes.

There’s certainly a lot more to be said about Spinetta. His career after Invisible spans everything from the jazz-fusion of 1977’s A 18’ del sol to the alt-pop of 1991’s Peluson of Milk, and I could say a lot more about just the three records I’ve written about here. However, I’d rather you just take the time to try out some of this music; hopefully this article has convinced you to do so.