On its 40th anniversary, it's time to give Fleetwood Mac's experimental album the respect it deserves 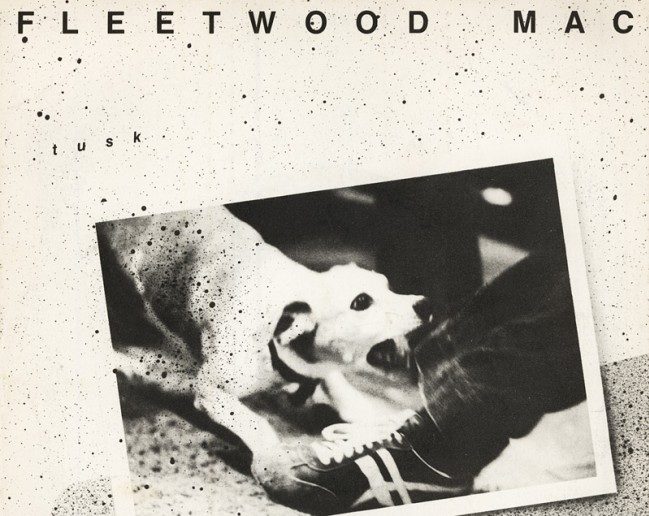 Upon the album’s original release, it received mixed reviews. In 1979, Rolling Stone writer Stephen Holden described the album as “semiprogrammatic and nonliterary, it ushers out the Seventies with a long, melancholy sigh.” Holden’s opinion more or less captured the receptive consensus of its time–– a decent chunk of listeners of the Seventies seemed to collectively cry that they had wanted Rumours part 2, not the experimental confusion of Tusk. The biggest tragedy of it all is that, unless you’re a devoted fan of Fleetwood Mac, Tusk probably isn’t on your musical radar. Hence, for its 40th anniversary, let’s dive into this beautifully experimental and heartbreaking album. Let’s do some honour by Tusk - at least, in retrospect.

Tusk expresses a liminality, an instability; it captures neither the catharsis of something ending, nor the actual moving on, but the hum of the in-between. Whereas the band’s most well-received album, Rumours, is known for being an explosively energetic representation of the emotion that comes to a boil during a breakup, Tusk represents what happens afterwards.

Like Rumours, the personal experiences of the band resonate throughout Tusk. Christine and John Mcvie’s relationship was officially over, as was Stevie Nicks and Lindsey Buckingham’s. Tusk captures a band in flux, from lovers to bandmates, and all the complexities that accompany that unique situation.

The album also marked the beginning of an experimental era for the band, arguably one that rivals the creative leap of the Beatles’ Magical Mystery Tour. Buckingham’s newfound interest in unorthodoxy ushered forth songs such as “The Ledge”, “That’s All for Everyone”, “Not That Funny” and the titular track “Tusk.”

On “The Ledge” and “That’s All for Everyone” the band played with rhythm and pacing, which was new for Fleetwood Mac. “The Ledge” feels incredibly fast and mimics a symbolic verbal quarrel, giving the listener something that feels like musical whiplash. Contrastingly, “That’s All for Everyone” feels excessively slow –– the pacing makes the lyrics feel as if they’re melting into your ears. Buckingham’s willingness to play with the listeners’ expectations, especially after establishing a point of reference with Rumours, was incredible.

Buckingham’s most notable experiment, the titular track “Tusk,” captures an anger which lacks direction –– an indecisive rupture within the self. The song begins with an overlay of an intensely confusing sound like a distant dog barking, leaving the listener jarred from the offset. The lyrics barrage the listener with questions that elicit feelings of jealousy and paranoia: “Why don't you tell me who's on the phone?” Following the jealous line of questioning are the polaric lyrics: “Don't say that you love me/ Just tell me that you want me.” The indecisiveness, the vulnerable feeling of needing validation without wanting that need to fully commit –– this is what “Tusk” captures, and what makes it the ultimate post-breakup-while-still-trying-to-latch-on-tune. Not to mention the astounding composition of the song itself. Mick Fleetwood’s catchy drum beat is the star of the song, while Buckingham plays a Kleenex box and Fleetwood uses actual lamb chops for percussion.  Most notably, the track features the University of Southern California's Trojan Marching Band on percussion and horns.

Aside from Buckingham’s very obvious mark, Stevie Nicks too had a spark of genius in her influence on Tusk: her lyricism reaches new heights on this album. Nicks’ heart-wrenching lyrical work on “Sara” and “Storms” cannot be overstated.

“Sara” represents the vulnerability of an unstable time in Nicks’ personal life. She sings of betrayal, floods of emotions and emotions lost, and the reflective process of becoming vulnerable. Most striking is Nicks’ use of metaphor, which leaves the content open-ended enough for any listener in pain to latch onto. There is a toxicity to the relationships she describes, as she pairs feelings of love with images of “drowning”, and compares the notion of giving and receiving to “fire.”

“Sara” is also one of the best examples of the Nicks trope I love most –– how she plants her most powerful lyrics in her fade-outs. During the fadeout, which lasts around one minute, she stops hiding in metaphor. The intense directness of that shift is strikingly heartbreaking and makes the almost hidden content of her song painfully obvious.

“Storms” stands out as a perfect description of the apathy that follows a loss or dramatic rift. It is an affliction that has been described in song after song, but Nicks captures the bitter taste of something else: she captures the feeling when pain, and the object of that pain, begin to wane. She sings of softness fading, trying to cry and feel, and of “empty nights”. Though masochistic, there is catharsis in feeling sharp hurt; however, that hurt that leaves is a whole new pain. The transition from an intense present feeling of loss to a fading past memory is a dull pain which “Storms” captures perfectly. There is a theme of temporality in the song as she uses words like “always” and “never”; it also points to an existentiality that accompanies the loss of of pain, which can become a defining feature of selfhood through the masochistic urges. “Storms” too has the fade-out element: it lasts well over a minute, and with hardly audible words Nicks delivers lyrical genius as the music seems to want to cut her off. Her voice almost breaks as she sings “But I loved you from the start.”

October 12th, 2019 marks the 40th anniversary of the release of Fleetwood Mac’s Tusk, a beautifully weird and raw album that emerged from a notoriously unique interpersonal situation of a talented band. I’ve touched on three songs in mild detail, but the entirety of the work is worth your time, especially if you are a fan of any other of Fleetwood Mac’s work. For its anniversary, give Tusk a listen - put it on your musical radar.