A Good Review: Blah Blah Land (And The Lost Balloon) by A Good Band 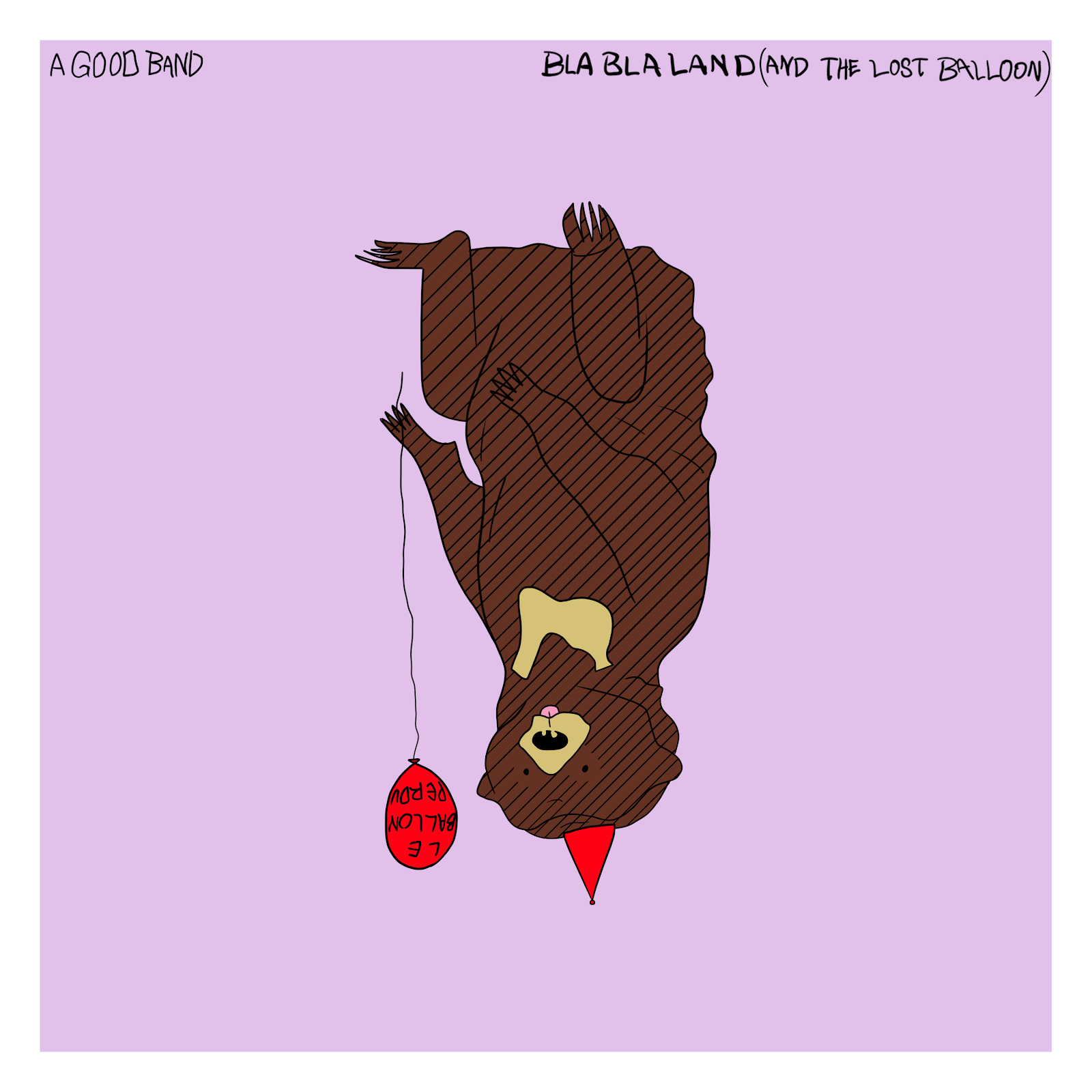 The long-awaited debut album from A Good Band has finally arrived and yes, before you ask, it is indeed A Good Album. A fantastic album, even, for these unpredictable times we are living.

A Good Band consists of Ryan Litvak (vocals and guitar) and Maximus Delmar (production, engineering, guitar, and percussion). At 19 minutes, Blah Blah Land is a quick listen with the majority of songs under two and a half minutes. Voice memos from other people are included after each song; such addition creates an intimate space, in which the listener feels more like a participant in a hangout with friends rather than a removed audience member. Blah Blah Land begins with “All My Pants”, a track that turns a seemingly absurd concept of crotch holes in pants, into a charming tune with thoughtful whistling and bongo additions that contribute to the whimsy. “Surfers Are Cool” seems to tip its hat to the Beach Boys with crashing waves in the background and wonderful harmonies from Litvak and Delmar. On “PIZZA”, Litvak switches to a more Lou Reed-esque delivery and includes such Underground-sounding lyrics as “I want a pizza / Baby, I want it now / I want a pizza / One that’s holier than thou”.

Next up is “Hi, Hello”, a surprisingly somber song. Litvak’s vocals now seem laden with burdensome woes as he sings in a measured pace devoid of the pep from earlier tracks. He attempts to understand a friend “who feels so blue” and is later accompanied by two other “doo-wop” vocalists and a folksy harmonica. The end result provides a certain layer of depth to Blah Blah Land and demonstrates Litvak and Delmar’s capacity to tackle both absurd and thoughtful subject matters. “I Got A Text!” brings back the pep and returns to the tongue-and-cheek lyrics, fast-paced rhythms, and upbeat delivery. The closing eighth track “A Good Song” seems to take a page from “Hi, Hello” and slows down the melody once more. With a soft whistle and subtle harmonies, you feel a sense of finality. The song transitions into an interesting collection of voice messages from countless people talking about everything from pizza to crotch holes. After this interlude, Litvak and Delmar return and thank all of the people that contributed to the album; a liner note acknowledgement incorporated directly into the music. “A Good Song” is my personal favourite and is a wonderful closer that highlights Litvak and Delmar’s folk sensibilities and lullaby harmonies.

An album with songs featuring such subjects as crotch holes, pizza, Tinder, and surfers, Blah Blah Land offers the perfect respite. You can just sit back and revel in songs that never take themselves too seriously, yet incorporate some lovely melodies and moments of surprising depth.