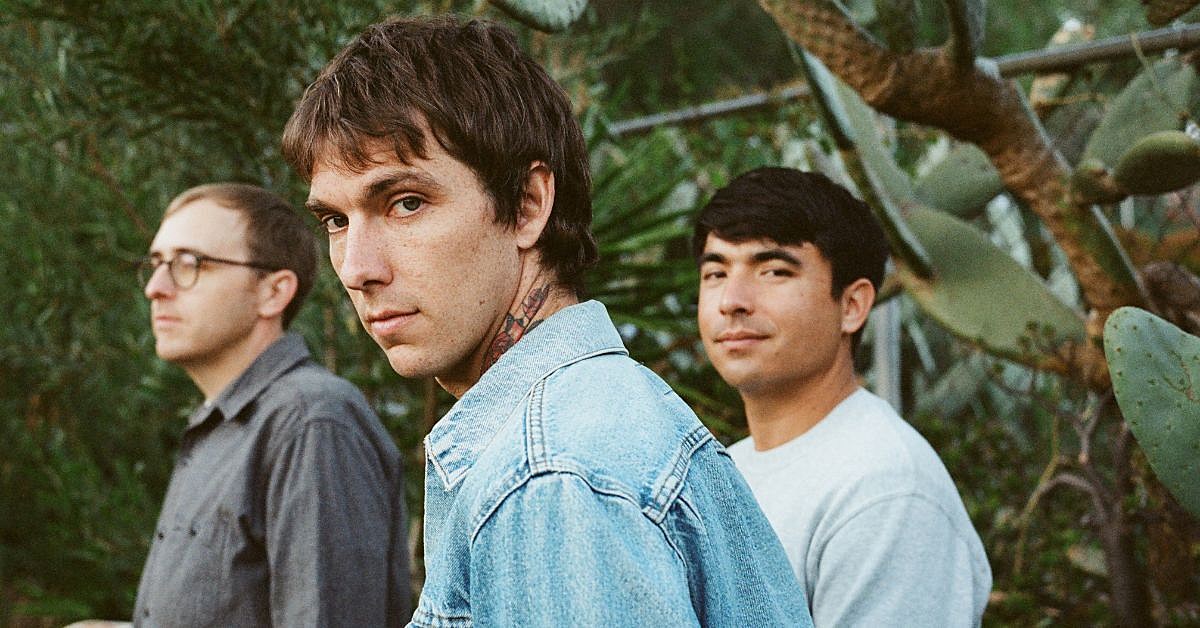 To be honest, Joyce Manor is a guilty pleasure of mine. Despite avidly listening to Midwest Emo, there’s just something about Barry Johnson’s voice that’s so laughably nasal and whiny. On top of that, Joyce Manor’s musicality is rather simple and laid back, with intense power chords littered across all their discography instead of the rather complex, math-rock-styled chord progressions from American Football and Marietta that defined Midwest Emo as a genre today. So, when I was informed that Joyce Manor was coming to Toronto, I knew I had to be there. Tickets were also cheap enough, totaling about $45 including miscellaneous fees, so I thought why not? I had to experience a room full of barely legal, annoying elitist teenagers with fake IDs and adults who keep their younger emo years a secret from their co-workers and current friend group alike.

The moment I started lining up, I knew I was in for a treat. Picture this: teenage girls with neon dyed hair and Y2k outfits that has Hot Topic and Urban Outfitters written all over each article of clothing, asking me for a cigarette as they fumble with their words and poise. There were some pit dads lined up, and a couple of people who looked like someone you’d pass by on the streets of the financial district—overall, an unexpectedly diverse crowd for an emo show.

Once we were in, we skipped the merch lines and headed straight for the front row, aimlessly killing time by drinking on the railings and talking about life before the first opening act was announced. To be honest, I bought the tickets without looking at the openers, so when my friend told me that bands such as Prince Daddy and the Hyena and Citizen were lined up to play before the headliner, I was shocked to say the least. True, both bands held the same rather angsty, sad, yet loud and noisy tone that Joyce and many other emo bands had, but it was nonetheless a shocker to me that they would play on the same show.

The first act was PHONY, a soloist hailing from SoCal. What stood out to me the most was the rich, deep timbre of his voice. As the other acts lined up were more prone to screaming, opening with someone that had Phony’s calmer vocal texture was a good decision on the tour manager’s end. The second act, Prince Daddy and the Hyena, were generous enough to accompany Phony as an ensemble, adding their own flair to his songs. The crowd was unfortunately quite dead, but that’s usually the sad reality for opening acts. To compensate for the silence, my friends and I began repeatedly chanting his name until some parts of the crowd resonated the same energy. To be fair, I did add his self-produced albums AT SOME POINT YOU STOP and Songs You’ll Never Sing in my Spotify, but he was just as memorable as his bright, neon blue hair that playfully bounced to the beat of the drums. If I were to recommend some songs, it would be “SUMMER’S COLD” and “most comfortable bed,” as those two were truly head bangers that lull you to a sense of togetherness and longing with the somber, deep, yet ever so inviting tone of his baritone voice.

When Prince Daddy and the Hyena started to prepare for the show, I was overwhelmed with so much emotions (mainly good humor and fun) as I saw Ronald McDonald crucified. The drums began to signal the beginning of “Jesus Fucking Christ” off their new self-titled album. They then proceeded to dance with each other while lead singer Kory Jophus began to scream the lyrics of “Keep up That Talk”—which, in turn, got the entire crowd forming mini mosh pits as the catchy guitar lick and groovy bass lines began to take over the concert hall. Cult classics such as “***HIDDEN TRACK***” and “Thrashville 1/3” immediately brought the upbeat energy back to the crowd, with a few regulars crowdsurfing to Jophus’s grating, high-pitched, and crass voice that borderlines screaming and crying. The PDaddys ended their set with “I Lost My Life,” a calmer and campy acoustic song that had everyone putting their lighters and phone flashlights up in emotional solidarity. Overall, their session allowed me to grasp what the entire night was going to be like, and I would wholeheartedly attend a concert with PDaddy as the headliners.

Next up was Citizen, a familiar name to almost everyone attending that night. While PHONY and PDaddy were new faces in the genre, Citizen—along with bands such as Joyce Manor themselves—was a heavy-hitting ensemble that resonated in the hearts of all ages who worshipped Bandcamp as a music platform. True to their name, they single-handedly hypnotized the citizens of Toronto into a night of jumping, dancing, and moshing alongside some of their most notable tracks. When “I Want to Kill You” began playing, the entire crowd turned into a choir, repeating every word that came out of Mat Kerekes’s mouth. They continued to keep the electric atmosphere with drum-heavy tracks such as “Bash Out,” “Roam the Room,” and “Big Mouth”. They ended their section of the concert with “Jet,” an angsty, austere, and alluring song that managed to fuse Kerekes’s strong and shouty voice with a slower, rhythmic chord progression on the bass and guitar. Hopefully, they come back to Toronto as headliners because I would love to see them again—especially with how much they thanked the crowd and staff for making the night possible.

After the three bands showcased their unique vocal and melodic color, an aura of silence loomed over the entire hall. Excitement, anticipation, and a cocktail of eagerness filled the room as everyone watched the three members of Joyce Manor set the stage. Johnson, lanky and tatted as ever, wore a Cocteau Twins shirt while adjusting the strap of his guitar. Without preamble, the band didn’t even need to introduce themselves. All they had to do was strum a single chord and everyone knew what they were playing; it was “NBTSA,” a one-minute song filled with aggressive power chords, a fast-paced guitar solo, and Johnson’s signature, nasally voice that repeated “and I may Never Be The Same Again.” Most of their setlist consisted of newer tracks off their 2022 album, 40 oz. to Fresno, housing catchy hits such as “Gotta Let it Go” and “Don’t Try.” Before they resumed the night, they paid homage to their first time in Toronto, jokingly calling the crowd “a bunch of fucking liars” as some of the younger audiences deceivingly confirmed their attendance back in 2014-15. The mosh pit and crowd surfers continued to get gradually aggressive when big titles such as “Heart Tattoo,” “Falling in Love Again,” and “Beach Community” graced the ears of all attendees. Before the night ended, they fulfilled their promise of playing their smash hits, “Constant Headache” and “Catalina Fight Song,” as the encore. Personally, I wish they spaced the encore out more so tiny people like me would have a chance to rest from the mosh pit—but alas, I was thrown in as soon as the infamous guitar lick to “Constant Headache” echoed across the hall.

My friends and I got out at past eleven in the evening. I took my shirt off at some point and jumped around in a sports bra due to the packed humidity of body odor, sweat, and beer thrown at everyone who, at the moment, only cared about the people playing on stage. The quesadillas I took home from El Trompo completely turned into mush, filling my tote bag with neon green guacamole. The cigarette pack in my back pocket were unsalvageable, and at some point, I was expecting to leave the concert with a minor concussion due to the number of times a crowd surfer crashed into my head. I was exhausted, in dire need of water, and completely drained, but I would definitely do it all again.