A Beginner's Guide to Ambient Music

The perfect soundtracks for studying, daydreaming, and everything in between 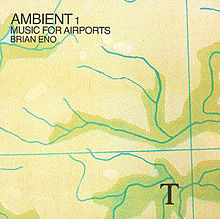 The father of ambient music, Brian Eno, described ambient music as music that should be “as ignorable as it is interesting”. With this creed, he launched a genre of music that has gifted us with the perfect soundtracks for studying, daydreaming, and everything in between. Listed below are 10 tracks that should help get you into this genre. This list is by no means exhaustive and serves to be a sampler for what the blissful genre has to offer.

British producer Brian Eno is considered to be a pioneer of ambient music. His release, Ambient 1: Music for Airports is widely considered to be the first ambient album. Eno used manipulated tape loops to create 4 repetitive pieces that make up the tracks of this album. The first track, 1-1, kicks off the album with a placid saunter between a piano and intermittent bell chimes. This music sounds like what really should be played in elevators and through our phones when we are placed on hold.

While legendary and enigmatic producer Aphex Twin’s output consists mostly of off-kilter techno and hyperactive drum and bass, his ambient output is perhaps his most famous. Of all of his tracks, Rhubarb is widely recognized as his magnum opus, ambient or otherwise. Despite it being a seven-minute long piece consisting of little more than a cloudy synth, it has an enduring presence, with over seven million views of YouTube attesting to this.

Some of the best ambient music produced came out of the Japanese economic boom in the 1980s. Musicians in the country now had access to new, affordable synthesizers to experiment with. In the 70's, bands like the seminal Yellow Magic Orchestra pioneered electro-pop thanks to their exposure to electronic music equipment in university. But it wasn’t until corporations like Sanyo became flush enough with cash to commission atmospheric music to accompany their consumer goods, as was the case with Takashi Kokubo’s fantastic album Get at the Wave (which was packaged alongside air conditione runits), that ambient music came into its own.

Hiroshi Yoshimura was one of the most influential and prolific of the artists to come out of Japan’s ambient renaissance. Yoshimura straddled the commercial and artistic worlds deftly, with his first album, Music for Nine Post Cards, being first exposed to the public by its playing at the Hara Museum of Contemporary Art, to his 1984 release A · I · R(Air in Resort) which was commissioned to help sell perfume.

The style of ambient music that came out of Japan during this time seemed to cycle between the minimalism of art music and the crowded sentimentality of bargain bin New Age meditation CDs. Whatever the case, it seemed to work beautifully. The most striking feature of the ambient music of Yoshimura and others is how organic it sounds to this day. Green, and the other songs of the eponymous 1986 album, highlight this. Despite the primitive equipment used, the music refuses to sound dated. When the music lands on your ears, it sounds as delicate as a budding flower, and invites you to get lost in the lush world that the music paints. While other songs on this list may be more emotionally evocative, I’ve always considered Green to be the most visually evocative. It is hard not to imagines unsets and still forests when you listen to this music. What is perhaps most enchanting is that it manages to distill the crowded and chaotic world of nature down to a simple essence of tap-dancing keyboards and swirling synths. If any music were to encapsulate the feeling of a breath of fresh air, it would be this.

To ambient purists, the inclusion of Icelandic band Sigur Ros on a list like this might be objectionable, but it is important to show that ambient music isn’t limited to holding down notes on a keyboard. Sigur Ros uses the traditional guitar/drums formula to create dreamy, relaxing soundscapes. The track Svefn-g-englar, from their album Ágætis byrjun, best exemplifies the sound of Sigur Ros. This was their breakout single and fascinated audiences with their otherworldly sound. The slow rhythm, pulsating organ, and reverb guitars provide the backdrop for the reputed Icelandic refrain of Tjú, which is fittingly a phrase used to soothe babies. This song is like a glass of warm milk.

Seefeel plays a style of ambient that fuses post-rock music in the style of Sigur Ros with electronica... but then cranks the effects up to 11. The repetitive loops make their music feel oceanic as the sound washes over you. All of the elements work together so well you won’t mind that you’re listening to mostly the same 15 seconds of audio stretched out into a much longer piece. Definitely on the atmospheric end of ambient, but also shows that the ambient sound can be pulled off even with a present beat.

Stars of the Lid: The Artificial Pine Arch Song

Stars of the Lid are in a class of their own when it comes to ambient music. On this track, their signature sound is highlighted. Putting the duo's classical training to use, they use minimalist samples to create droning, languid pieces that sound equally ethereal as they are familiar.

A race car driver turned musician, Steve Roach pioneered a kind of ambient music as unique as his circumstances. Unlike the ambient music created by artists like Yoshimura, Roach’s music is unabashedly effusive, filled with synth flourishes that would distract from the music if it wasn’t for Roach’s uncanny talent for composition. This piece is gentle enough to play in the background while still retaining a feeling of forward progression, unlike other meandering pieces of ambient. The music rewards your active listening with a warm, otherworldly listening experience.

Many ambient fans would chafe at the idea of music with discernible beats being considered ambient, but the transcendental techno of Global Communication gets a pass. The ticking clock sample, four-note synth line, and propulsive beats give this track a presence that is hard to match. Definitely not minimalist, it feels like a less dated Steve Roach.

Field Rotation: And tomorrow I will sleep

Of all the tracks listed, this one is the most crystalline. The droning chimes sparkle and shimmer peacefully for the duration of the track. This track feels like standing in the light of a stained-glass window. Any attempt to describe this minimalist, sweeping soundscape would be sorely inadequate.