Thank you! Your submission has been received!
Oops! Something went wrong while submitting the form.
Home
/
Culture
/
Social Media 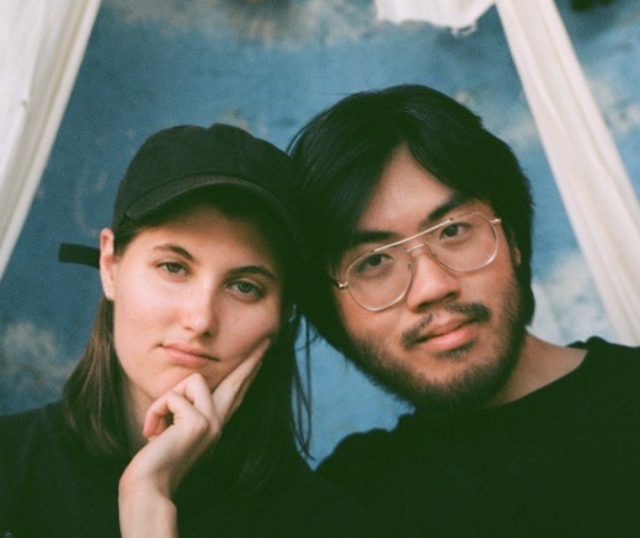 In 2020 with Covid 19, culture wars, and social isolation, at least we have Tiktok to entertain us… SIKE! Even Tiktok is under fire for being spyware, and faces an uncertain future with Oracle negotiations. Like it or hate it, the app has become influential as a dominant platform for sharing and promoting music.

Unlike other social media platforms, using specific sounds in Tiktok videos simultaneously boosts the sound and the user’s original content, allowing them to feed off of each other’s popularity and go viral. Social media has been viewed as an instrument in what some call a boon of meritocracy or the death of expertise, allowing the public to determine what is popular and gets exposure rather than industry characters making those decisions. Rolling Stones calls Tiktok “The Music Industry’s New Fame Machine”, since the app has played a part in the popularity of numerous hits, including Lil Nas X’s Old Town Road and Doja Cat’s Say so. Music that has gone viral on Tiktok not only includes Top Chart hits and obsolete classics, the app also has a knack for exposing obscure songs from small artists. While looking up the small artists who went viral on Tiktok, it was sometimes hard to know which came first, their song’s popularity or its use on the app.

After procrastinating on assignments and browsing my Tiktok feed for several months, the app greatly impacted my music taste. Sometimes, I would find old music that has become a bop and find new favourite artists that I regularly listen to! It was on the app that I first heard the beautiful bass drop in Glass animals’ The other side of Paradise then subsequently went to stream all their songs. On the other hand, I’d suddenly get Spotify recommendations of songs I’ve heard on Tiktok first. Some of those are from familiar bands but some others are from very underground artists or new musicians releasing their first songs. Here’s a list of some examples of the Tiktok algorithm favoring songs from small artists:

At first when I saw Leo’s Tiktoks, I was intrigued by his European-looking mustache and diy earrings. A month or so later, a video of him asking everyone to show his first song BOYFREN some love showed up in my feed. Not yet knowing the power of the app, I listened and noticed it has a catchy and straightforward message but wasn’t sure if it would be good enough to get popular. Lo and behold, what song other than this showed up in the Top Viral charts. Today, this song is by far his most popular, with over 35 million plays on Spotify.

This American indie pop duo has had two of their songs, Chinese New Year and Renee go viral on Tiktok. These songs were released in the 2010s, but their catchy beat and bedroom pop style makes them perfect for chill daily-life videos. SALES stood out to me, because I got recommended both of these songs on Spotify after I had heard them on Tiktok first.

Powfu’s remix of Beabadoobee’s song Coffee, or death bed (coffee for your head) went viral on Tiktok in February, wracking up over 600 million plays on Spotify. Beabadoobee is a British-Filipino musician who is experimenting with indie rock and bedroom-pop-like sounds. Powfu is frequently present in my lofi study playlists, but I was amazed at how Tiktok made such lofi and indie songs so popular, unlike what we are traditionally used to - hearing catchy upbeat songs on radio that play top charts.

With only one previous single and new album just released this summer, Claire Rosinkranz’ Backyard Boy went viral on Tiktok. It features a catchy dance rhythm, starting with the typical choreographer count, “5, 6, 7, 8”, and soft vocals with pretty consistent energy, making transitions for random cuts easy and making it compatible for a wide variety of videos.

In all of these examples, Tiktok has been great for advertising catchy singles, and giving them millions of listens (measured by Spotify numbers) compared to the artists’ other songs. Unlike Lil Nas X, not all artists necessarily go big and stay in the charts after their song goes viral on Tiktok because the app simply favours either unique songs or ones with appealing sound and rhythm. On the other hand, my personal preference in genre also unintentionally seeps through the highlighted artists I found. Despite all its controversies, Tiktok does a good job of granting exposure to many songs and musicians that aren’t necessarily in the mainstream, and it is where some of those who listen and enjoy them may join the artist’s long term audience.