Thank you! Your submission has been received!
Oops! Something went wrong while submitting the form.
Home
/
Culture
/
Show Reviews

The Bird of Down Chants for "Woman, Life, Freedom" 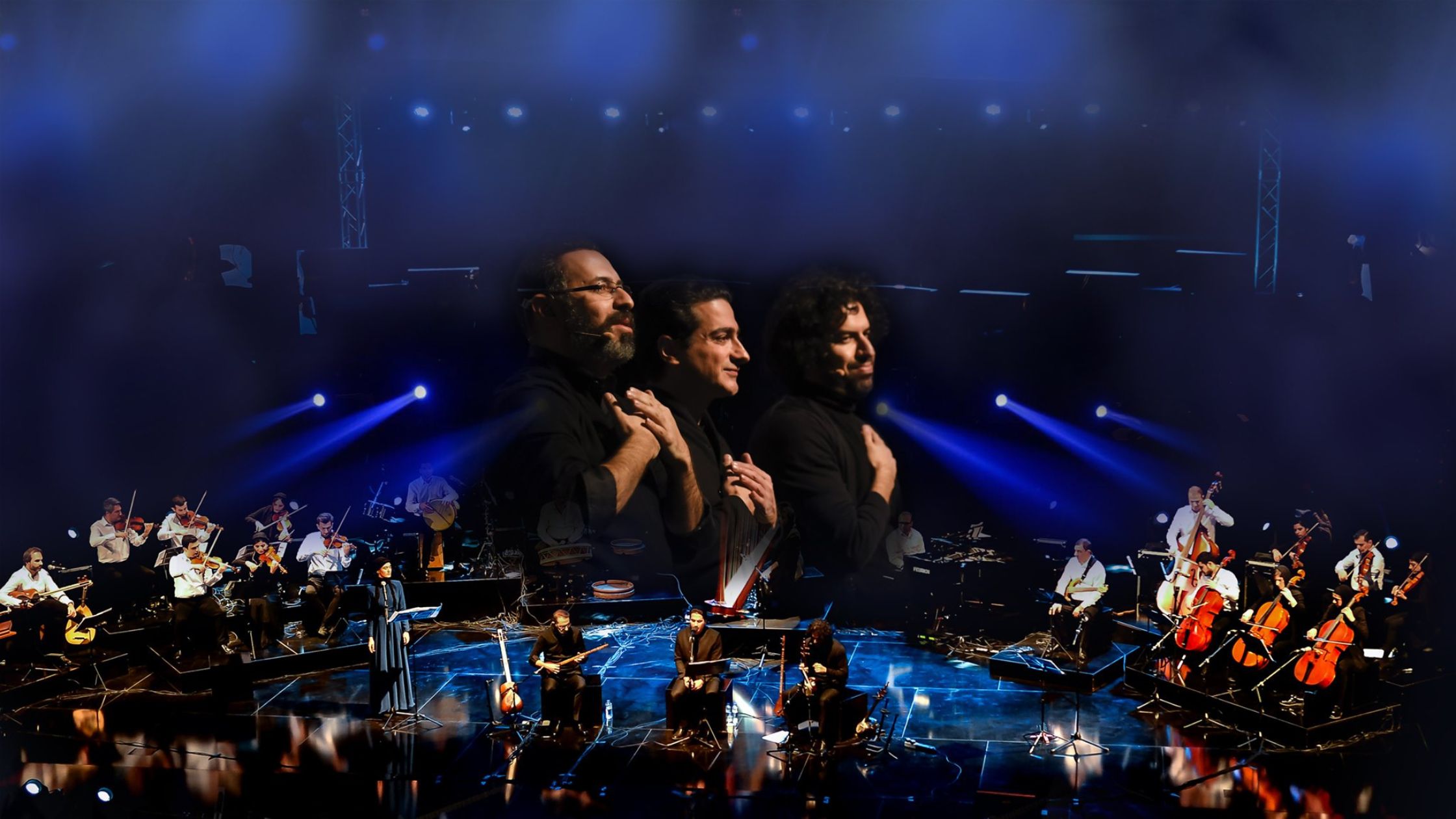 The fall wind carries secret love poems, revolution anthems, and wake-up calls as I walk to the theatre for Homayoun Shajarian and Siavosh Orchestra. Rushing toward my seat, my steps synchronized with rhythmic strikes of Santour (hammered dulcimer). I felt lifted off the floor for a few seconds with the hammering mallets on the soundboard. I landed on my seat and tuned in to the performance of the song “do not let your hair to the wind blow” by Hafez. The song has a euphoric theme with an ode of Hafez celebrating erotic power, love, and the liberation bestowed by love. This song rhymes with today’s feminist revolution for celebrating feminine power and demanding sexual autonomy. The single starts with the ecstatic play of Daf and Santour. Shajarian sings Hafez’s melodic verses confessing the beauty of the beloved “ don’t let your hair to the wind blow, or to the wind, caution I will throw.”

Tuning into the play of Tar, Setar, Daf, and Santour is a sublime experience and uplifts the avid listener to a state of selflessness. For bearing this exquisite quality, Persian classical instruments prompted Sufis and mystics' spiritual practices for connecting with the divine. During the concert, it occurred to me again and again that Persian classical instruments must be listened to in-person to reveal their mysterious work. Persian classical singers follow the tradition of composing songs with the classical poetry of poets such as Hafiz, Rumi, or Saadi. As an Iranian diaspora,  listening to Persian classical music has been my refuge from assimilation, the hypnosis of false ideologies, forgetfulness, and loss of my identity. Persian classical music invokes an awakening experience for me at times, secures the bond with my mother tongue, and grounds the grasping of the wisdom of metaphysical poets like Hafiz with my heart.

The little wonder of the concert was the performance of “ it won’t be revealed to anyone,” a heartfelt improvisation of my admired love poem of Hushang Ibtihaj, which was not recorded for the public. I acknowledge that Persian classical music is all about love and holds a sacred space for you to explore love. I could not help but experience the living reality of the absence of my beloved during the concert. The music evoked a different texture of longing for him as if they were simultaneously present and absent with me every second. The orchestra concluded the night with the performance of “ Morghe Sahar” or “Bird of Dawn,” the historic revolution anthem. Homayoun Shajarian sings the verse “Bird of dawn, lament,” and the audience starts cheering and whispering along with the verses “ O God, O Heavens, O Nature, Turn our dark night to dawn” and “ O heart-lost bird, shorten, shorten, shorten, the tale of separation.” That night in the concert, I felt an unanticipated awakened vibe in the space.

On Thursday, Sep 16, I opened my friend’s story on Instagram and saw the picture of Mahsa on the hospital bed. I saw the caption, which read that Morality Police murdered Mahsa Amini for her incorrect hijab. I just couldn't see what I was reading anymore. A future teller wrote on Mahsa’s gravestone, “Dear Jina (Mahsa’s Kurdish name), you are not dead. Your name will become a symbol.” This tragedy ignited uprisings against the Islamic republic regime and emerged into a revolution over a few nights. The feminist revolution in Iran is a forever life-changing moment in the history of the world. I’m witnessing and experiencing a progressive awakening, unyielding and transformative anger. People on the streets are rallying and chanting every day and night, “Woman, Life, Freedom.” They are being shot, arrested, and killed by the Islamic Republic security forces in the streets.

The Iranian artist, Shervin Hajipour, curated the song “For the sake of” or “Baraye” with a collection of people's tweets about the revolution. The video of the song hit millions of viewings after two days. Shervin’s mysterious vocal, singing the tweets with closed eyes, captures and echoes our 40-year-old oppression and generational trauma to the world. The government immediately arrested Shervin and deleted the video from his page. During the transnational October 1 uprising, all the protestors sang Shervin’s song as a revolution anthem continuously.

Standing with other folks of the rainbow community on the stairs across the intersection and shouting with the highest possible pitch when the lyrics reached to “for the sake of the students, for the sake of the future, for this forced heaven,” I experienced an evermore transformation. Our group felt like a band, singing, chanting, stamping our feet on the ground, switching spaces, holding hands, crying, and talking to each other with our eyes. Shervin’s song “Baraye” has now been nominated for Grammy awards.

This is a new experience of revolution both for Iran and worldwide. Young people have no leaders or ideology to back up this movement. Women in Iran demand bodily autonomy and will not take any step back. Some prominent political figures and feminists in the west are still deafeningly silent about the violation of human rights by the Islamic Republic Regime, but this revolution concerns all of us. Recalling Martin Luther king’s speech, when he dares to dream and dares us to harmonize the discords of the world into music, we continue to love, we keep fighting for this dream.