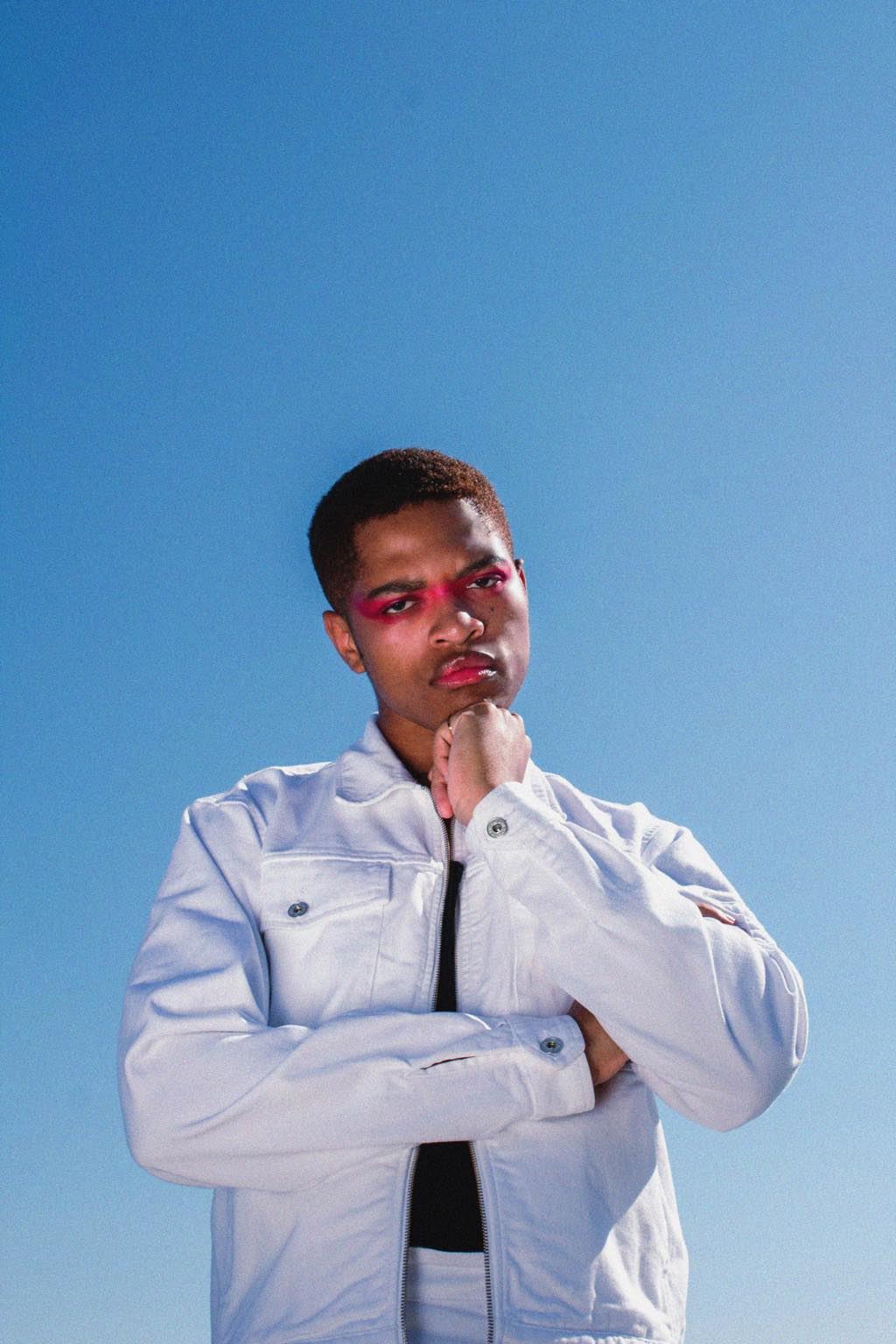 Over a turbulent year, Paris Unltd (né Molokwu) has found solace in his art. In October, Paris released his most recent single “U Got it Made”. After its release, demo sat down with the artist via Zoom to talk about writing, our relationship with ourselves, and finding space in the queer Toronto music scene.

An artist in many facets, Paris sought to make meaning out of the long period of rest that came in the wake of quarantining. The pause offered him a chance to reflect on the trajectory of his undergraduate years, and inspiration began to seep into his artistic life.  “I’ve never written as much as I’d written in the period of the quarantine in my life- what’s informing what I’m making now is this constant battle to find comfort with myself and not necessarily be subjugated to my wanting to be inferior.”

Representing a cumulation of feelings that had been building up for several months prior, the track is a bookend to a series of singles that have marked periods of growth since Paris’ debut in 2018. From its first notes, it is clear that the artist sought to say something different from his previous tracks. Unlike the tone created by ideas of violence in “Murder Me” and greed in “Gimme”, his most recent release is softer. Yearning lyrics are laid overtop a hyperpop soundscape reminiscent of a pre-COVID era- and the result is a gripping sense of catharsis.

Much like the stories of his tracks, Paris has undergone a series of makeups and breakups with parts of himself, as he discovers his voice and identity through art. In moving from the sleepy suburbs of Ottawa to Toronto for university three years ago, he grappled with the disappointment of an idealized cosmopolitan life against the brutal realities of the city. During frosh week, Paris realized what he’d initially imagined as a city that would embrace his queerness, where he could step into himself fully, had distinct cliques of identity built into it: “I quickly became disillusioned - I came to Toronto thinking I was a city boy, but I realized I was living a different reality than a lot of my white queer friends.”

When he first began producing music, Paris was fuelled by fury: “I was angry. I was angry at my queerness, I was angry at how I was angry at my blackness. And I was angry at the combination of the two, and how hard it is.” Juggling two jobs to afford expensive recording sessions and neglecting self care, he posits aloud that this time of his life is reflected in the music he’d produced. There is an emotional exhaustion that comes through in “Murder Me” and a jarring angst that bubbles forth in “Gimme”.

Still developing his sound, Paris’ music has been entangled with inward and outward identity. In trying to make sense of his place in a new city, he sought out spaces to freely express facets of identity that were otherwise negated- but again, he found himself fragmented. “I asked myself, where can I find spaces where I feel accepted for being black? When I found these spaces, it was difficult for my queerness to also exist in the same room.” In queer spaces, his blackness felt distant. Heartened by collectives that held the creative process close in a sea of marketing and clout-chasing, Paris has since found himself embraced by the women of colour around him, who radiate warmth and are pillars of support in his community. “I’ve found that there’s this kindness that the people who are into my music respond with, and that is the most heartwarming thing.”

In the forced lull of quarantine, Paris has begun to channel this kindness inwards. Like so many of us, he’s found the routine of a daily walk to be a balm for the entropy of isolation. “I go on walks every day, and on my route, I basically allow myself to beat myself up - I get the over-critical Paris out. And then, when I come back I start thinking of proactive questions like: What can I do to improve? I’m trying these days... I spend the whole walk back rebuilding and not just completely destroying myself.”

There is a soft assertion in Paris’ voice. Browsing his Instagram, you’ll see his artistry stripped down, often just baring himself to his followers with a guitar. This chameleon-like ability to slip into different versions of himself is reflected in the way he has paced through his work, back and forth, trying to understand and appreciate his growth. With “U Got It Made”, Paris is at his most authentic self. “What's in informing what I'm making now is this constant battle to find comfort with myself and not necessarily be subjugated to my wanting like being inferior.”

On the call, I ask Paris how he feels now that this newest part of himself has been released into the musical ether. He pauses, tilts his gaze upwards and resolutely says: “This is some of my best songwriting, not just because it’s technically more interesting, but also because I’ve finally reached a point of honesty with myself.”

Ariana Grande uplifts us with Positions

The energetic catharsis of Valley

On Standby: Chatting with The Slaps