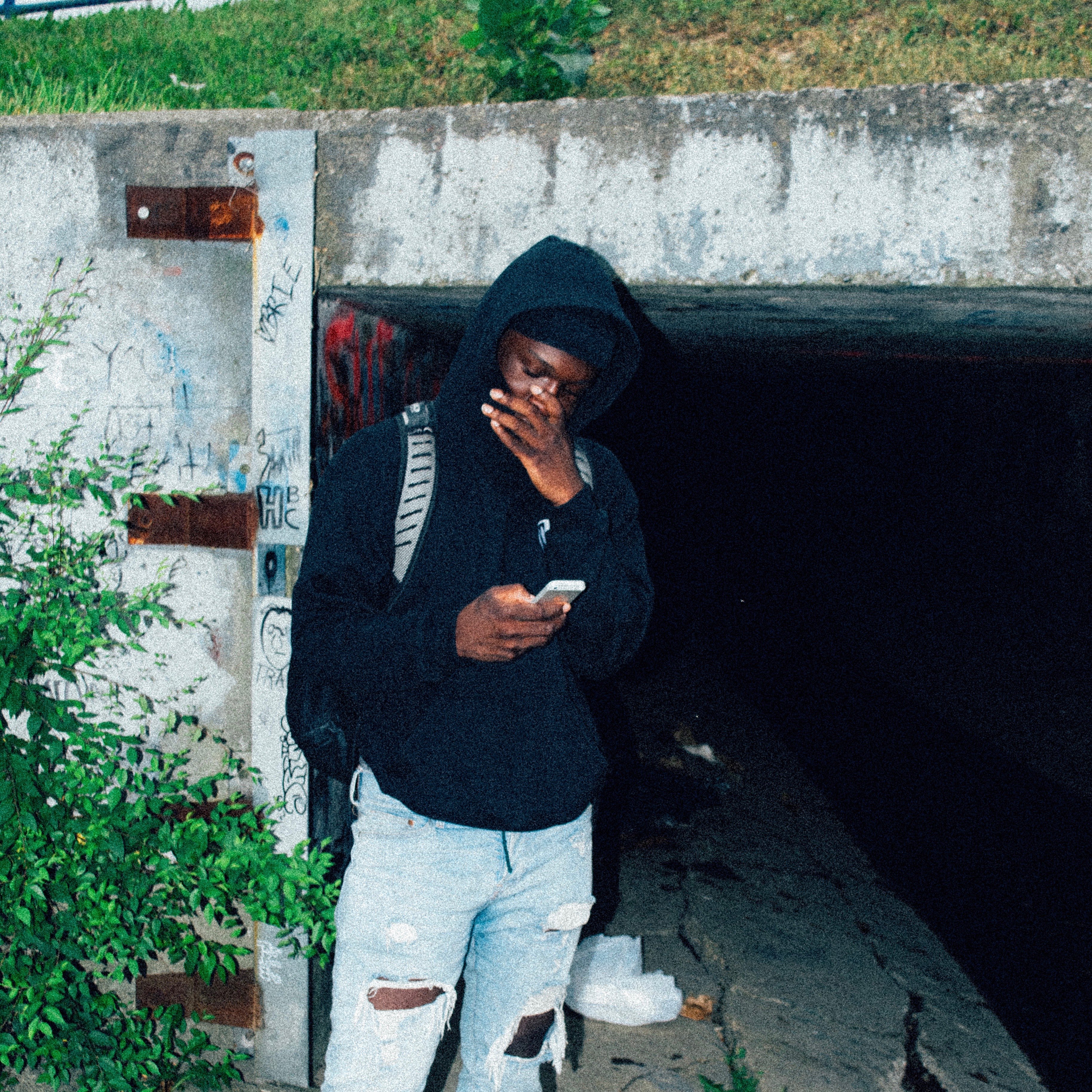 Eli Brown is a disciple of the church of Frank Dukes.

When we meet for coffee at a quiet café in the Annex, the 21-year old producer and sample library composer quickly opens up about his admiration for the older producer. “I used to just make beats,” he says. “But when I first found out about the Kingsway Libraries, I listened to all of them and it was so crazy to me. I wanted to have samples I composed guide the sound of songs and albums in that same way. It changed everything after that.”

This is true. Since its 2013 debut, Dukes’ Kingsway Music Library has become the most important library music imprint of the century to date, and it’s shifted sampling practices across the entire music industry. Drake, Rihanna, Kendrick Lamar, Selena Gomez, and Camilla Cabello are just a few of the artists with hits built off Kingsway’s smoky, avant-garde compositions, which are irresistible sample fodder for industrious producers concerned with sample clearance. This industry-wide concern is not without cause. Songs incorporating uncleared samples remain in a legal grey area, and when exposed, can result in massive lawsuits from copyright owners and in extreme cases, albums being pulled from distribution entirely.

And so the clearance-guaranteed method pioneered by Dukes and adopted by sonic descendants of his like Brown has made traditional record-digging passé, for the large part. Top producers — working across all genres, but especially hip-hop — are under pressure to churn out dozens of releases per year, not to even mention all the material left on the cutting room floor. So as Brown and the rest of his cohort see it: why use samples whose fickle owners can hold up entire album releases when open-minded bedroom musicians like them will happily whip up a hit sample for a fair split of the percentage points?

Brown was raised in Brampton — a sleepy but often-maligned municipality just west of Toronto’s suburban outskirts —  and first began producing after taking part in an after-school program that taught him the production fundamentals. The music and mentorship he was exposed to showed him there was a path up. “I realized that so many of the best producers came from here — Boi-1da, Sevn Thomas, Frank Dukes, Wondagurl, and a lot of others — and I just gravitated to that. It feels like Toronto is the production centre of the industry and I knew I had to be a part of that. And what I bring is that classical influence and my passion for sound design above it all.“ He was classically trained in piano from a young age, so after a full year of reading and “nerding out” over effects and gear, he felt equally confident creating the melodic and the atonal sounds that together make up so many of the GTA’s best-loved songs.

Working with his close collaborator and former co-worker ForTheNight, he soon pivoted to focus specifically on sample composition, when he realized that his training in music theory and his gradually-honed ear for production made it easy to piece together raw material that other producers could rework and resample. “I feel like the samples I make inspire a certain type of beat and get chopped a certain way. Everyone likes organic sounds that don’t sound that clean, stuff that’s weird and un-quantized and that’s just what I naturally bring to the table.“ And although he’s only been releasing sound libraries since 2017, the wins are coming in quickly: His work has most notably been incorporated into Jaden Smith’s first post-SYRE single “Back on my Sh*t”, but he’s also been working hard behind the scenes to build-up a dense catalog of sound libraries that he’s now releasing at a breakneck pace.

As Brown tells me, it helped when he realized early on that sample composers are currently having a moment, one that completely eclipses the smaller one their library forebears had in the mid-1970s. Library labels like KPM, Music De Wolfe and BBC’s Radiophonic Workshop had saw their releases turned into themes for Doctor Who, This Week In Baseball, and all manner of other background uses, but their composers were never the main draw. This is changing, though. Brown explains that “producers are more important than ever right now. In a lot of my sessions, there’s a bunch of guys in the room, and we all pitch ideas back and forth, so the song is really built by the producers. We're the main songwriters. And when you’re the one making the melodies, you’re guaranteed that influence on how it all comes together, which is why I like that role.“

Plus, Brown notes, you don’t actually have to already be a big-name producer to get your sample libraries heard and used. If your work is good, more established producers will eventually notice you, since they naturally have to dig deep into the online crates to stay ahead of the curve. “There’s so many people doing crazy sample work right now — Daniel East, ForTheNight, Cvre, Mario Luciano, to name a few names— but there’s wins for everyone still.”

At home, his approach is unflinchingly DIY. Without rooms of analog gear at his disposal, Brown relies on digital effect stacks to tweak his samples until they’re the exact right mix of ugly and beautiful. Depending on the track, he might run his raw audio through a vinyl simulator to add background hiss, rip out certain frequency ranges to make it murkier, or degrade it entirely with bit reduction — the audio equivalent of taking a high-resolution photo, and stripping away most of the pixels until only a blurry imprint of the original remains. Not that he’d tell you. As Brown explains, while melodies are important, “the secrets are all in the effects, and [he] never goes too in-depth” on his processes except with collaborators. But listening to the work of his close collaborators and peers shows these are shared practices for turning sanitized, digital sound sources into dirtied-up loops that could have come from any number of low-budget 1970s garage studios.

Advances in digital technology and hardware emulation have undeniably lowered the barriers to entry into sample library curation, but are they causing the marketplace for these libraries to become saturated? According to Brown, not yet. “Artists and producers work so fast that there’s never enough. There’s more people doing it now, but there’s still room for others to come up.” HIs biggest concern is just creating to the point where placements come more regularly and he can leave his day job in the dust.

Although he’s still paying dues as a newcomer, in the long-term, Brown tacitly admits that he wants what all producers want: a creative, low-key space where he, his peers and those growing up in their wake can pool their energy and help animate each other’s ideas. “I’m cautious about putting it all out there when it’s still the early stages; I’m building Up North Music right now, and I know what I want that to become, but so much is still coming together.“ But throughout our conversation, his intent and community-minded ambition is always visible between the lines. He’s not quite there yet and truth-be-told, may not be for still some time to come. But he’s putting in the hours, and he’s reaching for it.