Anyway, Don't be a Stranger 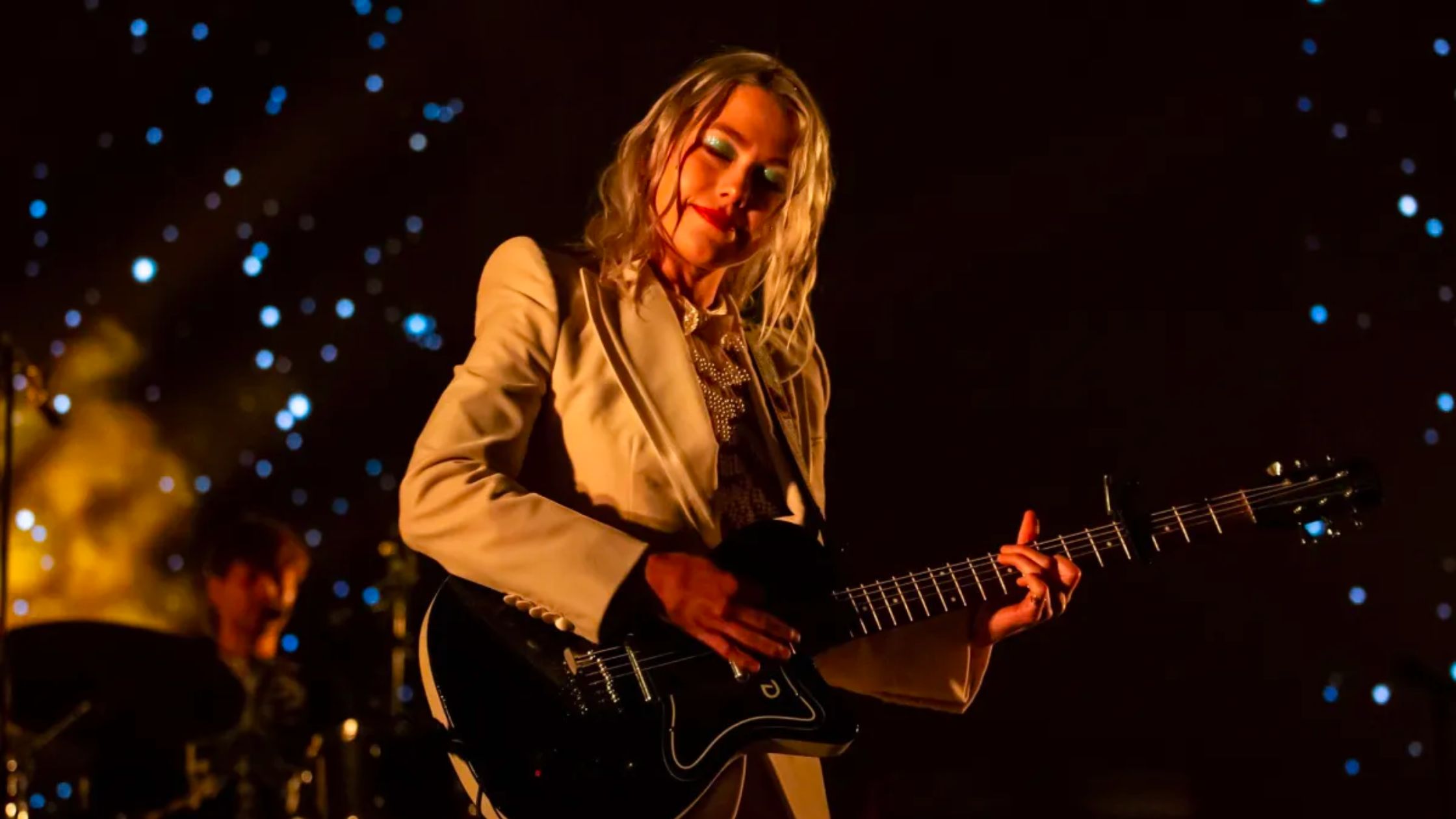 I bought my Phoebe Bridgers concert tickets way before I knew where I’d be during the summer. I simply promised myself I’d try to get back to Chicago in time and threw my money into the ring.

A couple months later, I’m screaming “I hate your mom” at the top of my lungs along with a crowd of about 15,000 people. Facing us from the stage is a full band dressed in skeleton onesies, and the main act of the night herself: Phoebe Bridgers. She doesn’t wear the skeleton onesie anymore on this tour, like she had for earlier performances of songs from her 2020 album, Punisher. Instead, she’s decked out in a glittering skeleton Gucci top and formal wear (suit pants and jacket, plus Gucci loafers); a business casual fashion statement that complements her well-established spooky theme.

Phoebe Bridgers is one of very few artists who can get a crowd to scream something sharp and cutting like “I hate your mom” (ICU) or “I’m gonna kill you, if you don’t beat me to it” (Kyoto) with the same keen passion as something so melancholic and yearning like “You are sick, and you’re married / And you might be dying, but you’re holding me like water in your hands” (Moon Song).

She simply has the range. This concert, a mixture of intimate crooning, occasional headbanging, and masterful instrumental work, reflected not only her range but also her unique ability to be exactly what her audience needs: a voice, but not one that drowns you out.

This is especially apparent when she uses her performance of Chinese Satellite to discuss abortion rights with her fans (directing us to donate to the Mariposa Fund, an abortion fund for undocumented people who need access to reproductive health services). She not so jokingly urges anybody who disagrees with her to leave the show, and though she has a primarily young, queer, and liberal fanbase, during some shows (fortunately not Chicago from what I saw) there were indeed anti-choice attendees who walked out. It is this casual, yet decisive stance that endears her to most of her fanbase.

Throughout the show, she will occasionally break from playing and singing to crack jokes with her band, bringing up well-worn anecdotes that certain songs or lyrics remind her of. During ICU, where she sings about the fraught relationship a significant other has with their mother, she ribs her drummer (and ex-boyfriend, but that doesn’t stop them from being bona fide besties and collaborators) Marshall about his conservative mom. He jokes that this song (which they co-wrote) is partly about the awkward experience of Thanksgiving dinner with a family who cannot understand you.

And during Chinese Satellite, Bridgers shares her own experience of getting an abortion with the hushed crowd. She does so casually, but solemnly, and tells the crowd about seeing picketers protesting outside the clinic as she got the procedure done, sharing how deeply angry and powerless she felt in that moment. In the song’s lyrics, she turns this experience into a commentary on the often dangerous power of religion and faith, and how it can bring about both hurt and salvation.

“I would stand on the corner / Embarrassed with a picket sign / If it meant I would see you when I die,” she sings.

This is the sort of thing she does best, really — putting something so complex into powerfully simple words.

“I want to believe / Instead I look at the sky and I feel nothing / You know I hate to be alone,” she sings to the frenzied crowd, stage lights shining bright and ethereal behind her.

The other day, I asked a friend how I should describe my experience at the Phoebe Bridgers concert. He said ‘Don’t be too biased. Try to give an objective review’. Which, you know, is arguably quite sound advice. But I’ll be honest with you: I don’t think anyone who goes to a Phoebe concert can be unbiased about her. She doesn’t make the type of music that one can enjoy objectively, though of course I think her songs are objectively well-crafted, because she tends to invoke a raw sort of passion with her music. On Genius lyrics, Bridgers describes Moon Song as detailing “the wanting-to-be-stepped-on feeling” in a relationship, the painful push-and-pull of being with someone who doesn’t care about themselves. In a different and significantly more hopeful way, this concert was that stepped-on feeling, a release of all the pent up desperation and longing we so desire to be less alone in experiencing.

People who go to her concerts already know what they’re looking for: to experience the songs that have soundtracked their lives for the last couple of years, or to feel a cathartic release when they finally hear her devastating lyrics in person. And we know that she will surely deliver on the cathartic release—especially with Punisher’s closer, I Know The End, which concludes with a melodic crescendo and about a full minute of raw, guttural screaming.

Bridgers is a poet with a voice made for lullabies and the stage presence of a rockstar, which creates the perfect environment for her adoring fans to echo back every lyric she sings with precision. During her performance of Scott Street (off her debut album, Stranger in the Alps), she even turns her microphone into the pit, leaning forward and beaming as an overexcited fan butchers (or nails, on rare occasion) the outro of the song: “Anyway, don’t be a stranger.”‍

And here, for one night, connected by the frenetic pulse of music humming in our veins, scream-singing lyrics we had all memorized by heart, maybe none of us were strangers at all.